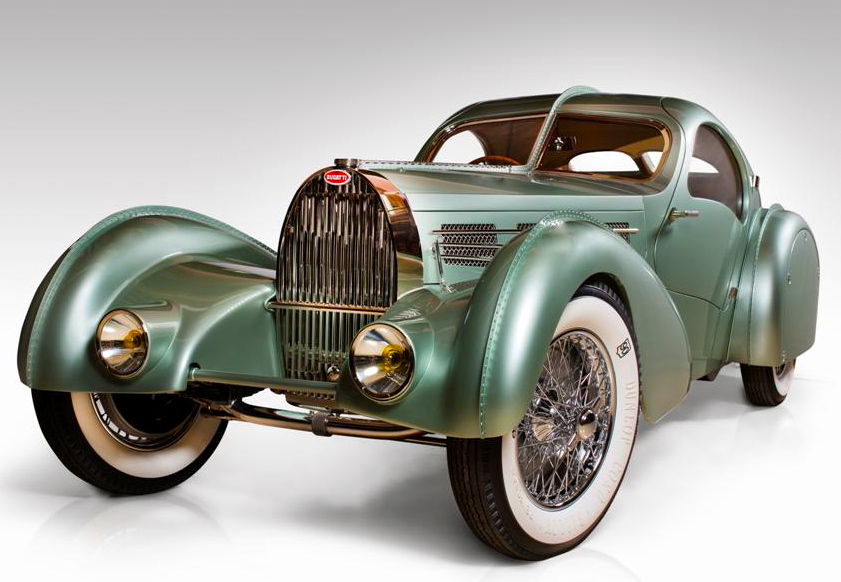 We have classic cars. Europe has “historic motoring.” For the third year, a British bank and magazine have sponsored the International Historic Motoring Awards to “celebrate ‘the best of the best’ in what is now a multi-billion global industry.”

The event of the year award was shared by the Amelia Island concours d’elegance and the VHRA Pendine Sands amateur hot rod races while the publication of the year went to the book “The Stewardship of Historically Important Automobiles” published by the Simeone museum of Philadelphia.

Car of the year was the recreation of the Bugatti 57SC Aerolithe by David Grainger of the  Guild of Master Craftsmen, Canada (see photo by Joe Wiecha). Restoration of the year was the 1966 US. Grand Prix-winning Lotus 43 by Andy Middlehurst, and specialist of the year was Francis Tuthill Ltd., which sent more than 15 Porsche 911s and more than 50 tons of parts and gear to the East African Safari Classic despite being a family-run company with less than 30 employees.

Among the finalists in the various categories were concours at Pebble Beach and The Quail, the Rolex Monterey Motorsports Reunion, the Blackhawk, Le May and Mullin museums, the Colorado Grand tour, Hagerty insurance (specialist), and book publisher David Bull of Phoenix (in the personal achievement category for his battle back from a life-threatening motorcycle collision).