Got a cool half mil to spare? 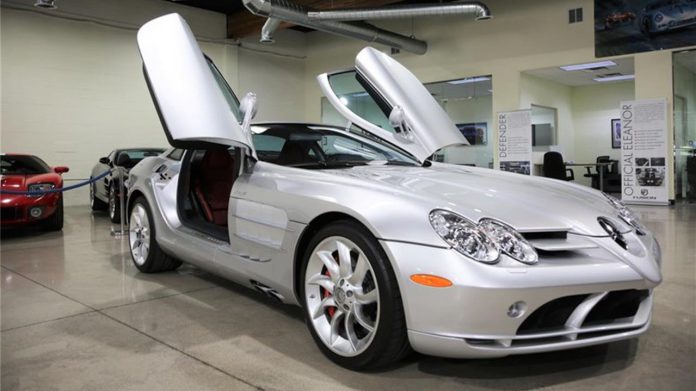 In the early 2000s, top manufacturers started to build some of the most amazing supercars people had ever seen. These companies seemed to be in a constant battle of one-upmanship with Porsche with the Carrera GT, Ferrari with the Enzo, and new companies such as Pagani. These companies launched what seemed like truly mental cars, such as the Zonda, which offered tremendous performance at stratospheric prices. All the above-mentioned cars are now firmly established as modern collector cars, and all very sought after by the newest generation of well-heeled collectors and drivers. This new generation all had posters of these cars on their walls just like us of the previous generation who had posters of the 959, Countach and F40 on ours.

Today all these cars have something in common in that each is likely to set you back north of $1 million to acquire one. The other thing they have in common is that, while truly awesome to drive, they do not tend to be practical in any sense of the word. That is fine (who needs a practical supercar?) but what if I told you about an unsung hero of this era of supercars, that’s not only practical but is also just as fast and exclusive as the others but was also available at ½ the price. That car is the Mercedes-Benz McLaren SLR.

The SLR began when Mercedes-Benz and McLaren partnered with a joint Formula 1 program, and the SLR was created to be both a nod to the past and a look to the future. The car was initially revealed as the Vision concept car at the 1999 North American International Auto Show, a car inspired by the Mercedes-Benz 300SLR which Sir Stirling Moss drove on his record-setting run of the Mille Miglia.

The car was powered by a 5.0-liter supercharged V8. It looked to be made of a single piece of metal and was the star of the entire show. Mercedes commissioned their F1 partner McLaren to assist with the development of a production version of the Vision SLR. That car is the SLR.

To me The SLR is a stunning design, and the team of Mercedes and McLaren truly delivered a modern interpretation of the mythic 300SLR with the car. In addition, the Mercedes McLaren offered, in typical Mercedes fashion, something completely lacking from their competition in the supercar segment by making the SLR not only practical to use but also easy to drive. Sure, the SLR was only equipped with an automatic transmission, but the SLR was always meant to be a GT car and not a pure sports car, therefore the automatic suits its designated purpose. Before you start whining about the transmission, consider that the SLR is capable of 0-60 in 3.4 seconds, covers the quarter mile in 11.2 seconds, goes from 0-130 in 12.5 seconds and has a tested top speed of 207 mph. Yes, I am telling you that you are wrong by wanting a manual gearbox in this car as it does not need it. In addition, don’t forget that the SLR is a rare car. From 2003 through the end of production in 2009, a total of only 2,157 of these amazing cars were built and only 1,131 built for the U.S. market.

Finally, if that was not enough the SLR has comfortable seats, a nice interior, A/C that works, logical ergonomics, and a large trunk. Try finding any of those things in the other cars.

The Pick of the Day is one of these amazing supercars, a 2006 Mercedes-Benz McLaren SLR finished in my single favorite color combination of Crystal Laurit Silver paint over a special-order Silver Arrow 300SL Red leather interior.

This magnificent car has had 2 owners from new and has covered only 3,302 miles. In addition to the rare and desirable color combination, it was also special ordered with a Red Trim Steering Wheel that further complements the Silver Arrow Interior as well as Red Brake Calipers!

The best part of all is the asking price for this Mercedes McLaren, which at $549,950 is a fraction of the cost of any other car in this category. I truly feel that these cars are one of the single most undervalued supercars on the planet and are destined to increase in value over the next few years. Perfect time to buy this one now.