The shapes of things 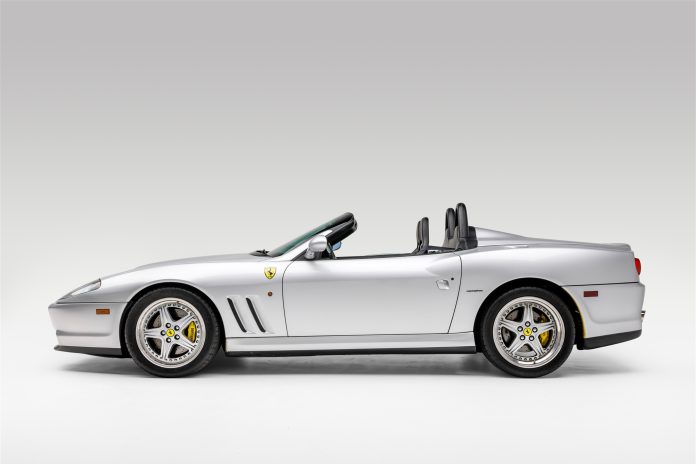 Sir Roderick Stewart is one of the world’s most famous rock stars, though some twenty-somethings may be saying, “Who?” He started to find fame in mid-1960s London as a member of several groups, but his breakout role was in a new band that former Yardbird Jeff Beck was forming. Later, as member of the Faces and a solo artist, Rod Stewart became a superstar fulfilled.

A man of Rod’s stature in the world affords him automotive opportunities that many of us dream about. There’s a distinct possibility that this 2001 Ferrari 550 Barchetta Pininfarina formerly owned by Rod may be something you too would dream about, but aspirations never hurt anyone. It’s #92 of 448 built, a roadster version of the 550 Maranello. The biggest differences between the coupe and the roadster, aside from the obvious, included a steeply raked windshield and different wheels. Though its performance today seems so regular, especially among some modern sedans, the 550 has a lineage that goes back to greats like the Daytona.

If you won this Ferrari at the 2023 Barrett-Jackson Scottsdale Auction, which album would you put in the trunk-mounted CD player of the Ferrari-Becker stereo? “Truth” seems most appropriate at this moment, no? You will be able to bid on Rod’s 2001 Ferrari 550 Barchetta Pininfarina at no reserve on Saturday, January 28, 2023, at Westworld of Scottsdale.