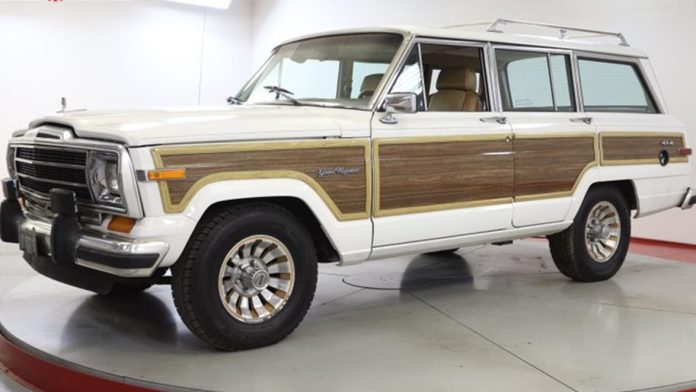 While today the idea of a luxury sport utility vehicle is quite normal, with offerings from just about every manufacturer in the world, this was not always the case. The first generation of cars we now label SUVs was made up of Land Rovers, Ford Broncos, Toyota FJs, and Jeep Commandos, none of which can be considered anything close to a luxury vehicle.

Of all the many companies which introduced the first of these vehicles, there’s only one (to my knowledge) that has in 2022 basically taken over most of the automotive segment: Jeep with the Wagoneer.

The Wagoneer was introduced in 1962 as a 1963 model, and not only was the first civilized 4-wheel drive vehicle but in many ways created the entire SUV segment. Jeep would build various versions of the Wagoneer all the way up until 1991 and each year offering increased levels of luxury and amenities. The top model for the Wagoneer was called the Grand Wagoneer. The final edition of the Grand Wagoneer was produced between 1984 and 1991, and, unlike the newly introduced in the USA Range Rover, practically all the luxury items came as standard.

The Pick of the Day is one of these landmark vehicles, a 1988 Jeep Grand Wagoneer painted in white with wood applique side trim over a tan leather interior.

The Denver, Colorado dealer offering this car states that it has covered 169,000 miles and looks to be in nice condition. They do disclose a few issues with the car including a slight tear in the seat as well as some chips in the paint. The photos are extensive and show these chips, as well as how this looks to be a rust-free example in nice driver condition.

These Wagoneers are truly iconic collector cars and prices have been increasing. People in the hobby understand the importance of the Wagoneer in the history of the automobile as they really were the first SUV. and in addition, they are an easy car to live with and drive. They are comfortable for long road trips and are also a truly capable off-road vehicle able to conquer just about any road you choose to take them on.

This specific Grand Wagoneer truly looks to be a rust-free example making the asking price of $26,900 seem to be very fair to say the least. Sure, it has higher mileage but the AMC V8 under the hood is not expensive to service or rebuilt.

While winter is not usually collector car season, this Grand Wagoneer is one of those vehicles that can deal with snow and ice with ease and is a fun car for family trips.