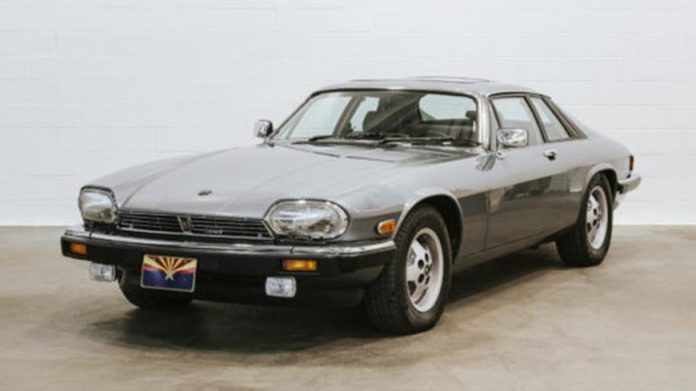 There is something incredibly special about a sports or GT car powered by a V12. The sheer technical perfection of V12 engines, their turbine like smoothness, the potential power offered, and the way that they spin up is unlike any other type of engine. They also have a few downsides. They can be expensive to service, are thirsty, and are almost always in cars that are very expensive.

My friend Nick fell for the siren song of the V12 recently and went out and bought a Ferrari 612 Scaglietti. Now in the world of V12 Ferrari road cars, the 612 is an amazing car and offers the full Ferrari V12 GT car experience at a relatively low cost. Nick paid just under $100,000 for his 612 which had only covered around 13,000 miles from new, but I still think that he missed out on the absolute best value in any V12 Gt car on the market, the Jaguar XJ-S.

The XJ-S is the quintessential British GT car, offering nice styling, a wonderfully luxurious interior, and a Jaguar V12 under the long hood. Those who have read my stories in the past know that I have a bit of a love affair with the XJ-S but that love affair has not translated to a car that is worth lots of money despite how great a nice example of an XJ-S it is.

Many people, most of them people who have never owned an XJ-S, will tell you countless horror stories about how difficult it is to live with an XJ-S. Instead of listening to all of that secondhand information I called up a true expert to get his thoughts. My friend Jordan Roddy has more experience with the Jaguar XJ-S, as well as the Jaguar V12 engine, than anyone I know on the planet.

Jordan explained to me that he biggest issue that an XJ-S has is that some of the cars have had owners who did not properly service their cars. They do not replace old and brittle fuel injection lines, nor do they have the injectors cleaned. This leads to running problems due to clogged injectors and possible engine fires due to these old high-pressure fuel lines. Besides that, there are sometimes a few issues to sort out on the fuel injection system but a good XJ-S V12 can easily clock well over 150,000 miles with no issues and no needs outside of regular servicing.

With that bit of important information, I present to you my Pick of the Day. It is a 1987 Jaguar XJ-S coupe located in Redcliff, Alberta.

This car is painted in Tungsten Metallic with a Saville Grey Connolly leather interior. The dealer states that this 39,000 original mile car has an interior and exterior that are still flawless; he goes on to say that the car drives like a champion. They add that this XJ-S is fitted with a Bosch-Lucas fuel injection, 3-speed automatic transmission, air conditioning, power steering and brakes.

These cars have to be driven to be appreciated and the way that the V12 engine in this car seems to deliver effortless and seamlessly endless power has to be experienced firsthand to be completely understood.

The best part is the price. Instead of the $100,000 spent by my friend Nick, you can have a car that delivers much of the same experience for the asking price of only $15,995. If that is not the bargain of the century, I don’t know what is.

So, consider this XJ-S as an intelligent alternative to a V12 car bearing the prancing horse on the hood. You will have a stunning V12 GT car that can be compared to the best GT cars in the world.