Pick of the Day: 1978 Pontiac Bonneville

It’s what’s on the inside that counts 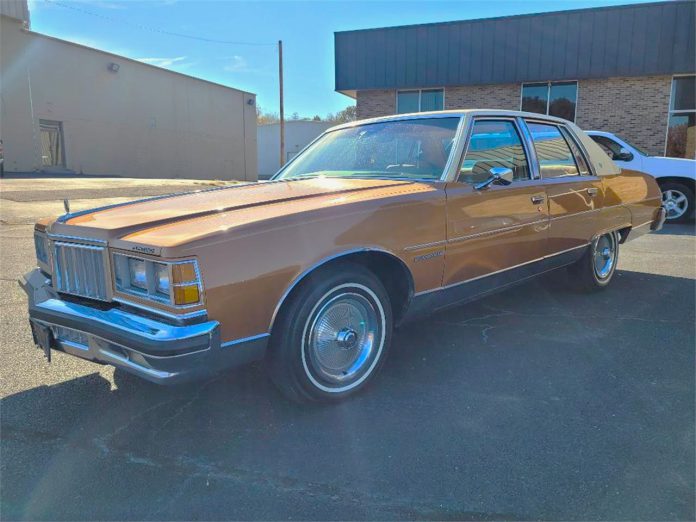 When I was growing up, my immediate neighbors always had Pontiacs. This was because the Missus’ family in Elmer, New Jersey owned a Pontiac dealership. Of course, being the 1970s, many of the cars at the time are not fondly remembered but, to a car-crazy kid like me, these were seminal moments. Aside of Rally II wheels, one of the things that made an imprint on me was the family’s 1978 Bonneville with a funky interior. That interior can be found in our Pick of the Day, a 1978 Pontiac Bonneville for sale on ClassicCars.com by a dealer in Paducah, Kentucky. (Click the link to view the listing)

General Motors downsized all its full-size vehicles in 1977. While the public may not have known what to expect by the smaller vehicles, it quickly became apparent that hubris within the American auto industry had been promoting unnecessarily wasteful products for years. The complete roster of downsized full-size GM products was a complete success, losing nothing in their transformation. Sure, horsepower continued to be pathetic, but gas mileage was improved, and interior packaging was such that it could be touted that there was “even more headroom and rear legroom than last year’s [Pontiac].”

Pontiac’s full-size series started with the Catalina, which featured a unique grille and taillights. Though Pontiac’s bread and butter, the Catalina started to lose sales to the Bonneville, which also had its own distinct grille and taillights. A step up from that was the Bonneville Brougham, which was “like taking a luxurious trip into the future,” according to Pontiac. Offered only for the Brougham was the striped velour “Valencia” interior, a combination of browns and tans that was definitely 1970s-inspired without polyester-inspired tackiness. For 1978, Pontiac allowed the Valencia interior to be available for the regular Bonneville. The colors were slightly shuffled but it was basically the same interior in all its velour splendor.

Of course, this Laredo Brown metallic 1978 Pontiac Bonneville features the Valencia interior. Powered by a 301 two-barrel V8 and automatic transmission, this 57,998-mile Bonne has the options you’d expect on a car like this: power steering, power brakes, air conditioning, AM/FM stereo with 8-track, tilt-column steering, cruise control, vinyl top and finned wheel covers. It’s not easy to find a Pontiac like this in this condition, but the fact that it has the Valencia interior makes this Malaise Era sedan a no-brainer for the adventurous collector. At $12,750, it’s also affordable.