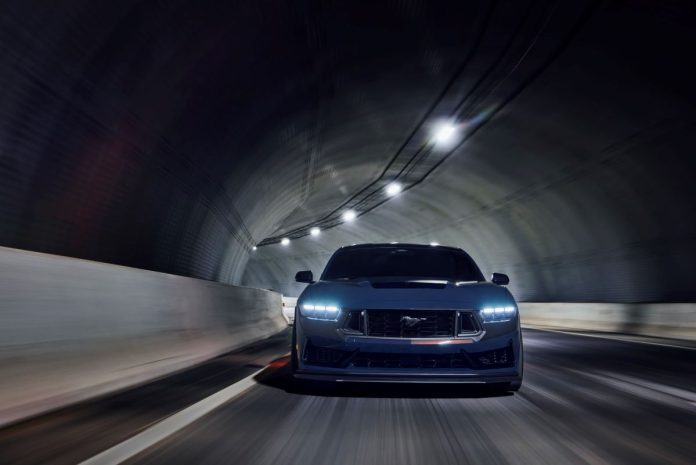 Ford has just announced horsepower numbers for the upcoming 2024 Mustang Dark Horse, a model that will be a step up from the 480-horsepower Mustang GT (486 with Active Valve dual exhaust). How does 500 sound? It’s the most powerful naturally aspirated 5.0 non-Shelby Mustang ever.

“Every time someone gets behind the wheel of a Mustang, we know they want to feel that strong connection to their vehicle – and we’re just as invested in creating that bond,” says Suzanne Robinson, Coyote engine program supervisor.

The extra horsepower squeezed out of the 5.0 is due to a balanced crankshaft, forged piston connecting rods and strengthened camshaft. Dark Horse torque will be 418 ft.-lb. — marginally better than the GT’s — with a 7,500 rpm redline. Those upgrades are in addition to the GT’s dual intake, dual throttle body induction system and upgraded oil pan.

But that’s not the only new in Mustang Land — the Mustang EcoBoost has received a horsepower bump to 315, which is the most ever available in a standard Mustang. Torque numbers are 350 ft.-lb. In addition, the Active Valve performance exhaust system is available with the EcoBoost engine, though Ford hasn’t indicated horsepower will increase.

The redesigned Mustang will hit the streets in the summer of 2023, though pricing has yet to be announced.