A starter car for your collection 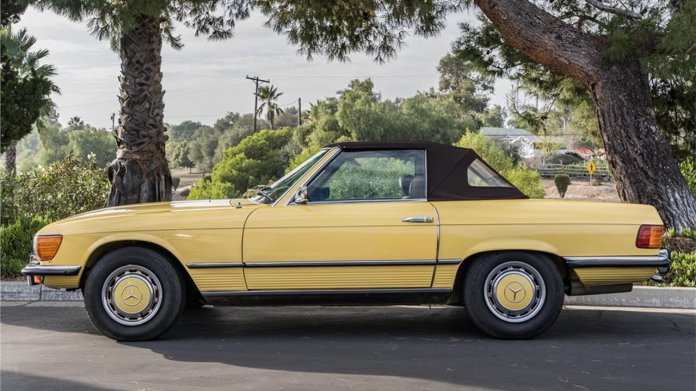 In the last few years, we have seen a lot of new people enter the collector car market, and while this is a good thing there can be some hiccups along the way. The truth about many collector cars is that they are not only old at this point, consider that cars from 1972 are now 50 years old these days, they are also older designs. As a result, younger people entering the collector car market were not even born when these cars were new. Add to that the expectations younger collectors have for how dependable a car should be, combined with the standard conveniences in cars that these new collectors have grown to expect, and you have a situation where many older cars are unable to meet these new collectors’ expectations.

There are a few cars out there that are not only reliable but can easily be upgraded (adding a Bluetooth connection, for example) to deliver a more modern driving experience and still have the qualities that drew them to classic cars in the first place. In the world of European cars there is one car that easily delivers this, and that car is the Mercedes-Benz R107 roadster.

The 450SL was the new Mercedes roadster replacement for the aging Pagoda roadsters of the 1960s. Launched in 1972, it marked a move from a sports car to more of a GT car or boulevard cruiser. These changes were made due to research conducted by Mercedes about what US buyers then wanted, and not only was it hugely successful, with a model run than would last through 1989, it was also possibly the finest Mercedes-Benz car ever built. Without a doubt the highest quality roadster that was built by anyone ever.

I have personally owned one of these cars and it is truly as represented. The quality defines the idea of built like a bank vault. They are comfortable, reliable, civilized, and fun to drive. All the R107 roadsters, from the original 350SL to the final 560SL, cars included an excellent hardtop as standard which made the car not only a roadster but a proper 2 seat sport coupe as well.

The Pick of the Day is a great example of one of these cars, an early small bumper 1973 Mercedes-Benz 450SL painted in Yellow with a Palomino MB TEX interior.

The seller describes the car as having been owned by the same family its whole life. and a car that has spent its entire garage-kept life in Southern California. The car includes power windows, original factory Becker Europa radio, new MB TEX upholstery, sheepskin seat covers, and new carpeting. In addition, the car has a new brown soft top. This R107 SL is available now and comes with its original tool roll and owner’s manuals, its body-color removable hardtop with storage rack, service invoices dating back to 2009, a Haynes Repair Manual, a service manual disc, and three keys.

An extra benefit of these early cars is that due to them having less emissions equipment they are considerably faster than the cars that came later, capable of 9 second 0-60 times and able to cruise all day at speeds in excess of 100 MPH.

I have recommended these cars to numerous friends getting into the hobby and all ended up buying one. These cars are as good as their hype and represent one of the easiest to fall in love with collector cars in the world. This 450SL with an asking price of $19,900 represents a tremendous amount of car for the money and would make an enjoyable weekend driver or a car to take on a long road trip with no worries of arriving at your destination.