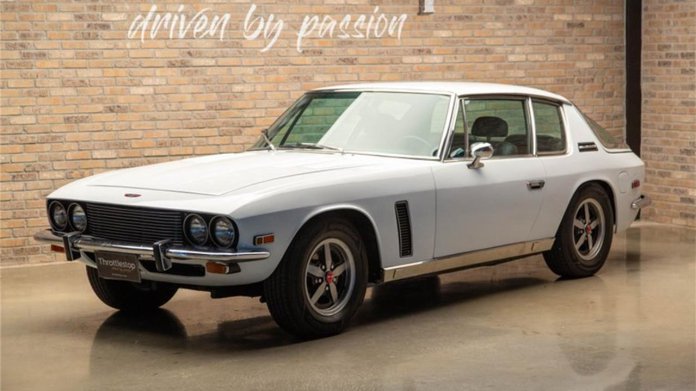 Over the years I have owned a lot of interesting and sometimes weird cars. I have enjoyed all of them, though some more than others. Of all those cars there are only a few that I wish I had back. One of those I still regret selling is my Jensen Interceptor.

I bought my Interceptor from my good friend Rob Sass, who is the editor of Porsche Panorama magazine. I picked up the car in St. Louis and drove it back to Connecticut with a friend Dave Buchko and his son Jamie. The trip did have a few challenges including one where the car would just stop running. Dave identified this as a faulty ballast resistor, and we neglected to replace this until I actually got to Connecticut. I did not know about Mopar engines nor anything about ballast resistors, so we would drive for a few hundred miles and then the car would stop. We waited a bit for it to cool down and then it would run again. I should have listened to Dave and bought the 15-dollar part but that would have made the trip completely uneventful and less fun.

I sold the car about a year later to a gentleman in California who I believe still has it.

The Interceptor is an interesting car. It is a British-American hybrid, which means the body and interior are Aston Martin like in their quality with Connolly leather, Wilton wool carpets, and the mechanicals are a Chrysler V8 backed by a 727-automatic transmission. This is in many ways the best of both worlds as the mechanical parts are as close as your nearest Pep Boys and the other parts are of the highest quality which do not tend to break.

When new, the Interceptor was in fact a direct competitor with Aston, and in a similar vein they were hand built in England to a very high standard. They were intended for rich and famous owners; my own car was bought new by the actor Tony Curtis.

Over the past few year prices for Interceptors have been both up and down, with a few examples selling for as much as $45,000 but the average price for these wonderful cars is between $25,000 and $35,000. To me this makes them a huge bargain and the most usable high end British GT cars on the planet.

The Pick of the Day is a 1974 Jensen Interceptor 3 located in Elkhart Lake, Wisconsin finished in white paint with a black leather interior.

The seller describes this car as, “cosmetically and mechanically superb with all original body panels and matching drivetrain.” This car is an Interceptor 3 it is powered by a Chrysler 440 CI V8 with a 4-barrel carb and backed by a 727 automatic transmission. This has the same specs as mine, and these cars are quite fast with great torque and plenty of power to make long interstates disappear.

Looking at the photos of this Interceptor shows me a car that, while not in show condition, does indeed look to be in nice shape. The underside of the car looks as good as the one I had, and the body seems to also be in nice shape. The engine compartment also looks good with evidence of a larger radiator which is something you need to make the car properly cool. Mine had a twin cooling fan upgrade which also helps.

The asking price for this Interceptor is a very fair $33,900, and a car like this will deliver years of fun behind the wheel with a level of exclusivity at most car shows across the country.

I would consider this car myself if the garage was not already full, so save me from myself and get it soon before I start looking at an off-site storage facility.

To view this listing on ClassicCars.com, click Pick of the Day.