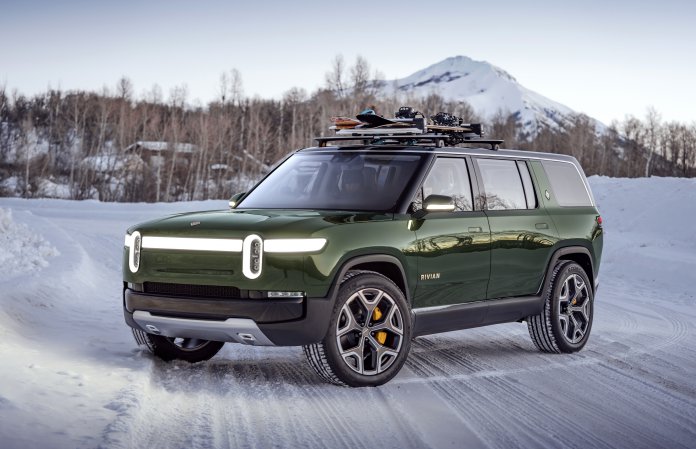 Rivian, the builder of the world’s first Electric Adventure Vehicles, is in deep doo-doo with Wall Street. No, it’s not that the vehicles are sub-par, but rather due to a defect in its build, with its stock value falling precipitously. In total, almost 13,000 R1T and R1Ss, plus the company’s commercial vehicle, are being recalled due to a poorly tightened fastener that may dangerously affect steering.

That’s pretty much ALL Rivians build to date. And you’re surprised the company has built that many vehicles despite not having seen one, you’re not alone.

“If you experience excessive noise, vibration or harshness from the front suspension, or a change in steering performance or feel, you should call immediately,” says Rivian CEO RJ Scaringe in a letter to vehicle owners.

If you’re not familiar with Rivian’s lineup, the R1T is the dual-cab pickup truck that has been covered in all the buff books; the newer R1S is a similar vehicle in SUV form that has been in production starting in 2022. There also is a EDV model that is used for commercial purposes. All R1s feature that nifty glowing light bar with the odd vertical headlights — a signature look that clearly that is not derivative, unlike a certain NorCal EV brand run by the guy who possibly wants to own Twitter.

According to filings with the National Highways Traffic Safety Administration, there have only been two reports of the fastener loosening, though it appears there have been several more reports related to the issue, according to Autoblog. The fastener in question connects the Rivian’s front upper control arm and the steering knuckle.

Rivians start at $73,000, which seem somewhat pricey until you start pricing the more premium offerings from the Big Three. Though the steering knuckle “may not have been sufficiently torqued,” chances are Rivian will push through this and fix what needs fixing at no cost to the consumer, with Wall Street approving accordingly. Dan Ives, an analyst with Wedbush, suggests the recall is a “speed bump” in Rivian’s growth story, as the brand has been rated as outperforming its position including its $45 price target.

The recall is not estimated to impact future deliveries for the 2022 calendar year.