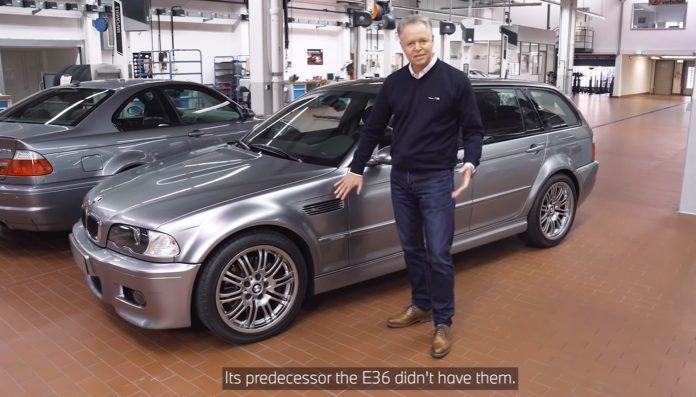 BMW is almost ready to reveal a new M3 Touring based on the latest G80 M3 generation, but it won’t actually be the first M3 to receive the longroof treatment.

Just over two decades ago, BMW developed a prototype M3 Touring based on the E46 M3 generation on sale at the time. The production green light was never given but BMW decided to hold on to the original prototype.

The car is featured in the video above, along with some of the engineers who helped develop it. The car looks absolutely stunning in the shade of silver BMW selected for it, and the M3 bulges don’t look at all out of place on the practical wagon body.

We’ll remind you that the E46 M3 ran from 2000 to 2006. When developing the car, BMW concentrated on low weight and high revs for performance. The 3.2-liter inline-6 that powered it was also a completely new design, sharing just three parts with its predecessor. The G80 M3 also features an inline-6, in this case a 3.0-liter unit twin-turbocharged to the tune of 473 hp in standard guise and 503 hp in spicier Competition guise.

Toward the end of the video, we get a sneak peak at the modern M3 Touring set for a debut later this year. The debut will likely take place in May as part of this year’s 50th anniversary of the M division. U.S. readers shouldn’t get their hopes up about buying one as BMW has confirmed we won’t see it here.