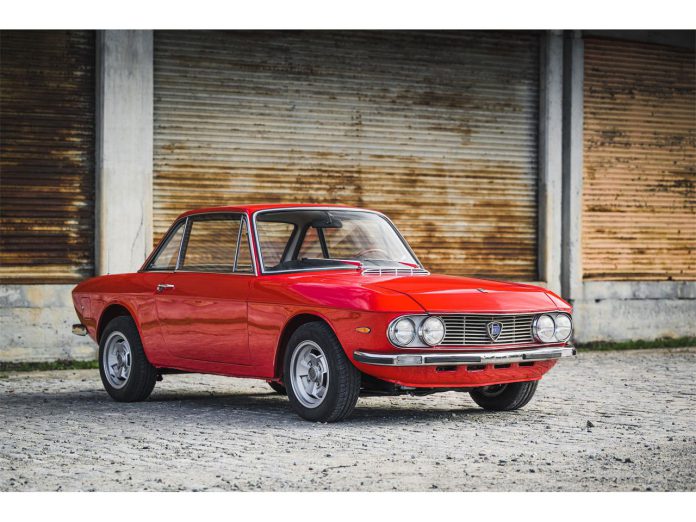 My last pick was a tale of alternative cars. These are cars that were competitors when new, but in the collector car market today are either equal to or less costly than their period rivals.

A great example of this is the BMW 2002. A few years ago, you could buy a nice 2002 for as little as $12,000, not a tii and likely one with later bumpers, but cars in nice condition were available for that price. This is not the case today and it surprises me as BMW built 339,092 of these cars and they are not rare by any measure.

Now let’s look at my alternative; the Lancia Fulvia.

Lanica built about 1/3 as many of these amazing cars compared to the 2002. The car is also more exotic than the 2002 with a narrow angle all aluminum V4 engine under the hood, front wheel drive with zero torque steer, stunning styling by Pietro Castagnero, and depending on the specific model, niceties such as a 5-speed gearbox.

The way that a Fulvia feels is also much more special that a 2002. I say this having owned a few 2002s over the years. The Fulvia just feels much more upscale and is built like a fine Swiss watch. In addition, you are likely to see a few BMW 2002s at a local cars and coffee, but not as likely to see a single Fulvia.

The Pick of the Day is a 1972 Lancia Fulvia Coupe finished in red with a black interior listed for sale on ClassicCars.com  (Click the link to view the listing)

According to the Macon, Georgia dealer offering this car it is a beautiful Series 2 Lancia Fulvia 1.3S that has been recently imported from southern Italy. They say that it has gorgeous paint work and interior and shows 65,243 km.

They add that reecent services include a carb overhaul, ignition refresh with an electronic ignition upgrade, redone cooling system refresh, and a full brake rebuild including new calipers, hoses, and master cylinder.

These cars are wonderful to drive and are as Italian as a car can get for their experience behind the wheel. The V4 engine sounds amazing and the car is one of the most tossable cars of the entire era. People that own Fulvias tend to hold onto them for a long time, as there are few cars that compare them to that approach the quality and the fun to drive aspect of a nice Fulvia.

That being said, these are complex cars and require someone who knows their way around a Lancia to properly care for them. They are considerably more advance than a comparable 4-cylinder Alfa Romeo and while quite reliable, they will need the help of an expert so ask around your city or town to see if there is a Lancia wrench close to you.

Finally, as this Fulvia is an Italian import be sure to have a pre-purchase inspection performed on the car before buying it. This honestly looks like a very nice example, but it pays to check and be sure there are no issues lurking.

The asking price of only $26,450 is right in line with the value for these cars. Unless you have always had your heart set on a 2002 you owe it to yourself to consider the Fulvia before you buy the car from Germany.