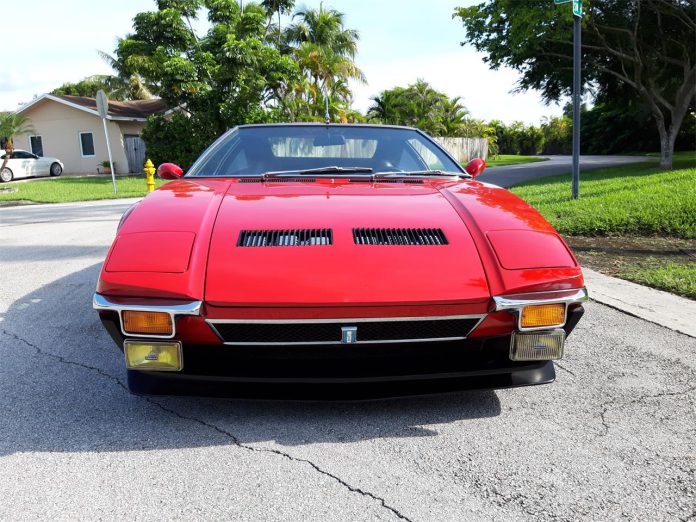 It was a great idea; combining an Italian car maker with an American V8. The partnership worked and we got the De Tomaso Pantera. Fifty-years later the car still looks modern and fast while standing still. The Pantera wasn’t massed produced, approximately 7,000 were produced in its 20-year run, but you can find one, in various conditions. To get one with low mileage, a unique pedigree and documentation, well, that’s a needle in a haystack.

The Pick of the Day is a well-documented 1972 De Tomaso Pantera listed for sale on ClassicCars.com by a private seller in Miami, Florida. (Click the link to view the listing)

“Documentation & signed letter from Mr. DeTomaso to Senator P.J. Morgan of the Nebraska State Legislature that visited the factory to order this car the way he  wanted it,” the listing states. “The car was built for him & flown to the US in the belly of a chartered Pan Am Boeing 747, Flight 111 documents show.

“I bought this car many years ago, it was a part of the John Belt Exotic Car Collection in the Ozarks, two of which were Pantera.  The car was always stored indoors from new, the Senator barely drove the car & he remembers it fondly.”

The seller is asking $129,500 for this low mileage Pantera with a unique ownership history. Like the Jensen Interceptor, the De Tomaso Pantera is a great collaboration and has aged incredibly well. This car is way out of my price range, but I can admire it from afar and research every aspect of a great car.