A great choice for the Concours d’ Lemons 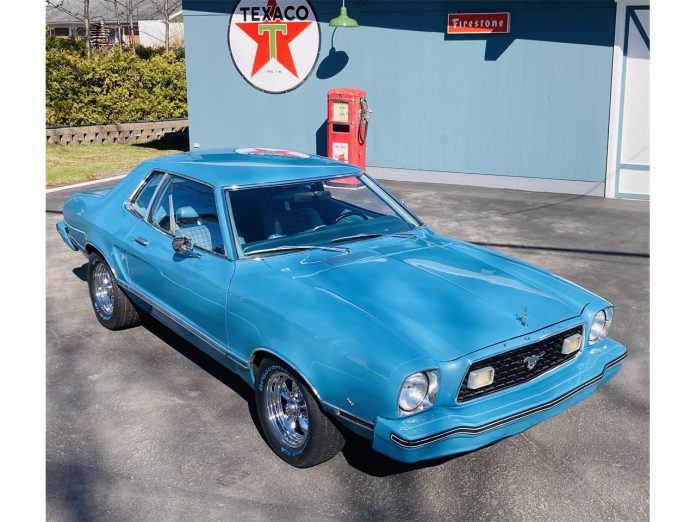 One of the most fun things I get to do at concours events is to judge at The Concours d’ Lemons. For those that do not know about the Concours d’ Lemons it is described by its founder Alan Galbraith as, “A celebration of the oddball, mundane, and truly awful,” of the automotive world. Think Ford Pintos, Chevy Chevettes, Chrysler K cars, and any Renault sold by AMC to name a few.

Some of these cars are in horrible condition but quite often, such as at the Lemons event at this years Greenwich Concours weekend which had the restored Ford Pinto Wagon, the cars are truly exceptional examples of car that are unloved by many.

At shows I have judged, I’ve entertained the idea of buying a car to show at one of these events. But the car I have been searching for, a Renault Fuego, is simply an impossible car to find in excellent condition.

Then the other day I saw a great example of another car, a 1976 Ford Mustang II. This was Ford’s half-hearted effort to keep the Mustang alive in a car that bore very little resemblance to its ancestors. That being said, the Mustang II is an interesting car and sold in pretty strong numbers despite its mediocrity.

The Pick of the Day is this 1977 Ford Mustang II in Light Aqua paint with a blue interior. (Click the link to view the listing)

The Montreal, Quebec seller states that this Mustang II has covered only 59,000 miles from new and is happily powered by a factory 302ci V8 engine backed by a 3-speed automatic transmission. Features include color matched bumpers, dual chrome rearview mirrors, factory Ford AM/FM radio, Powertrax Posi traction rear axle, and a fender mounted antenna. Additional features include power steering and power front disc brakes. It is also said to include many new and upgraded parts and a clear Quebec, Canada title in the seller’s name.

To me this is a perfect Concours d’ Lemons choice and would be a serious contender for the coveted ‘Worst of Show’ honors. It would also likely be a fun car to drive to any local show, especially with the V8 under the hood. As an added bonus you have a good chance to be the only person with a Mustang II at the show.

The asking price for this car is an unexceptional and low $12,900 and is likely a pretty good buy at that price.