In a Seller’s Market, Here’s How to Buy a Bargain Classic Car 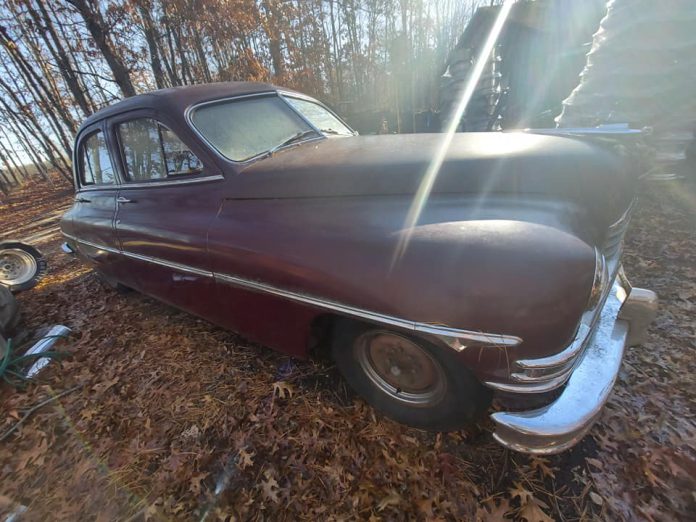 When the dealership that recently sold you a used car calls and wants to buy it back for inventory—sometimes for more than you paid—we know we’re in a seller’s market. Because of the persistent chip and part shortage it is, without a doubt, a very good time to sell your old car.

But is it a good time to buy? Prudence would probably dictate waiting a while until conditions ease, but some people just need a car and they need it now. Since many new cars can’t be found at all, consumers are scouring the used market—and sending prices up, including for classics. So are there other options to finding the collector car of your dreams? You bet, and here are a few:

Be Creative with Craigslist and Facebook Marketplace. Don’t just check your local market—expand your search to nearby counties and states. If you’re willing to travel an hour or more, your options expand greatly. One trick is to search in regions where the object of your desire isn’t popular—like foreign cars in the Midwest. On Craigslist, how about a vintage Saab in Detroit, Michigan? There were only seven listed (the ’76 Olds Omega Brougham that popped up doesn’t count) but a highly desirable 2001 Saab 9-3 Viggen in very tidy condition with rebuilt engine, transmission and much else for $8,000 isn’t bad. The owner actually dropped the price recently, and is probably negotiable. A 2005 Mercedes-Benz E500 in Tulsa needs minor work, but for $2,900 who’s complaining?

If you search for classics on Facebook Marketplace (try entering “classic cars for sale”), the algorithm will tend to put them upfront in future listings. A $3,000 1990 300SL Mercedes certainly looked tempting, as did a rare $3,800 Rambler Ambassador 990 coupe and a $1,500 1974 MGB-GT. For a two-owner 1965 Pontiac Grand Prix, $4,500 seemed reasonable, as did a low-mileage $12,000 1967 Austin Mini Cooper that was imported from Holland. I wouldn’t take much to get the $1,800 1950 Packard sedan running. The engine was free, and was just missing its missing its carburetor and distributor body.

You will save a fair amount of money buying from private parties, but there’s more hassle. If you want it painless, buy a car from a dealer and they’ll deliver it with paper mats on the shampooed rugs and new plates attached. There’s often a short warranty. Buy via an ad or auction and the ball’s in your court to go get it and make sure it’s registered. When an older car is out of state, it sometimes gets tricky. For instance, Connecticut doesn’t issue titles for cars over a certain age, but other states require them. And it is possible that the car won’t be as advertised—that’s why you go to see them whenever or possible, and request tons of photos when it’s not.

Another idea is to consider high-mileage vehicles. Today, 200,000 miles is the new 100,000. Cars no longer rust with alacrity, and will cover a lot of road before needing anything major rebuilt. Be careful, though, because the older the car is the less this applies. Watch for scams, but don’t let terse descriptions or bad/absent photography deter you from checking out prospects. Some owners are challenged by digital platforms, even when they’re as simple as Craigslist—they will tell you more on the phone or via email, and provide photos.

Search with Multiple Platforms. Don’t confine your search to Craigslist and Facebook Marketplace. Other avenues to explore include OfferUp.com, Autotrader.com, the “For Sale and Free” section of neighborhood site NextDoor. On one of these sites, up popped a very nice W124 Mercedes E320 wagon for $1,200. Classic cars have their own sites, including (of course) Cars & Bids, our own ClassicCars.com, and others. They often sell newer cars as well as ’65 Mustangs, old Corvettes and their ilk, but you have to search for bargains. Sometimes auctions just lose steam and you can grab a car (especially if it’s being sold without reserve) at a good price. Don’t forget eBay, which sells just about every kind of car imaginable, as well as parts for them.

Handy with a Wrench? Check out CoPart.com. This is where a lot of the popular Youtube bloggers, such as Rich Benoit of Rich Rebuilds and Tyler Hoover of Hoovie’s Garage, find their cars. CoPart is a never-ending source for accident damaged, burned or otherwise destroyed late-model cars—future classics—at bargain prices. Spied recently: A comprehensively rearranged Porsche 918 Spyder with less than 100 miles on the odometer. How about a 2022 Mazda Miata Grand Touring ($37,438 originally) in Orlando, Florida with very low miles? Yes, it was hit hard in front, but the airbags didn’t even go off. Fancy a 2022 Cadillac CT4-V Blackwing for peanuts in Seaford, Delaware? Lovely car, or at least it was until the big accident. Somebody originally paid $79,209 for it.

Single-Marque Sites. Most cars have their enthusiasts—well, maybe not the Pontiac Aztek, that monstrosity that Walter White drove in Breaking Bad. But every performance car and many more pedestrian vehicles have both fans and newsletter/magazines/online presences. And that’s where you can find classified ads from members. The reason to shop here is that people enthusiastic enough to join clubs for their cars usually maintain them very well. Here’s the “Porsches for Sale” section of the online magazine Excellence. Ferrari’s Forza has cars for sale also. Many Mazda Miata owners sell their cars here.

Try Multiple Spellings. People can’t spell and they often don’t know what they own, which means not many people are seeing their ads.  Mislabeling is common, too. A very rough car listed as a $2,000 1968 Dodge Avenger was actually a desirable AMC AMX.

The bottom line is to cast a wide net, to budget time for the search, and to be flexible. And by all means, if you can wait to buy—maybe six months to a year for collector car prices to go down—that wouldn’t be a bad idea.

Jim Motavalli
Jim Motavalli is a prolific automotive journalist and author of two books on electric cars, Forward Drive and High Voltage. He is also a WPKN-FM radio host and co-host of the Plugging In podcast.