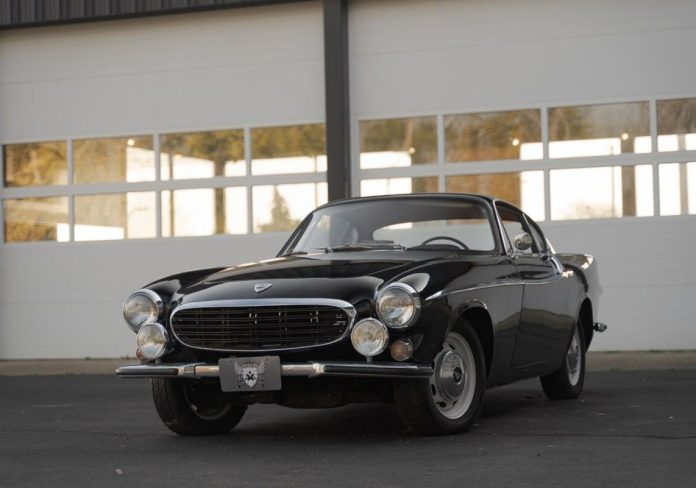 The Volvo P1800S is the one car I would buy again. I bought mine about 12 years ago from an ad I found on Craigslist and my friend John Nikas took a look at it, as it was only miles from his house in California, and after receiving his report I bought it. I had John take the car to a local Volvo specialist, since at the time I lived in Illinois, and the shop repaired everything mechanically that needed it.

We then took the car on an epic road trip from Los Angeles to Monterey, California and then on to Barrington, Illinois, where I was living at the time. The car performed perfectly. I then picked up where I started and did a complete restoration of the car. The next year I drove it out to Monterey for car week and was given an offer that I could not refuse and sold it. I still regret selling this car.

The 1800S is a car that bats way above it pay range. It has performance at about the same level of an MGB GT, but offers a better interior, superior build quality, and amazing styling reminiscent of much higher end Italian cars of the period.

One of the reasons I have not replaced it is because in the last few years the Volvo 1800S has increased in value. I had a total of around $35k wrapped up in mine and cars as good as my former Volvo were selling for as much as $60k.

The Pick of the Day could be one of the best deals I have seen on one of the 1800S in years. It is a 1965 Volvo 1800S in black paint with a red interior. (Click the link to view the listing)

Since I know these cars, I looked very hard at the pictures in the ad. From what I can discern, while this is in no way a show car, it does look to be a very well sorted driver level car.

The St. Charles, Illinois dealer selling this Volvo describes it as a car that will not disappoint. They are up front in stating that it is not perfect, but also describe it as a great driver level car.

Details I’ve noticed in the many listing pictures are a correct interior, an engine compartment that looks to have all the correct pieces, including the dual SU carbs and not a single Weber conversion. Also, the body seams look to be largely intact and the entire car looks presentable.

Before pulling the trigger on this car I would want to see the condition of the floors and the chassis outriggers, but if these are good then this is indeed a nice driver. I had to replace the outrigger and rockers on my car, and these are both critical components, though replacing the outriggers is not that difficult or expensive. The rockers are another story as they were expensive and difficult to replace.

The asking price for this car is a fair $29,900, which is a good price for one in good, but not great condition.

So, you may be asking why I even posted this as my pick? The reason is that my old one was white, and I only want a white 1800S. Yes, it is because Roger Moore drove a white one on The Saint, and we buy what we love.