Reconfigured to a 996 for the movie 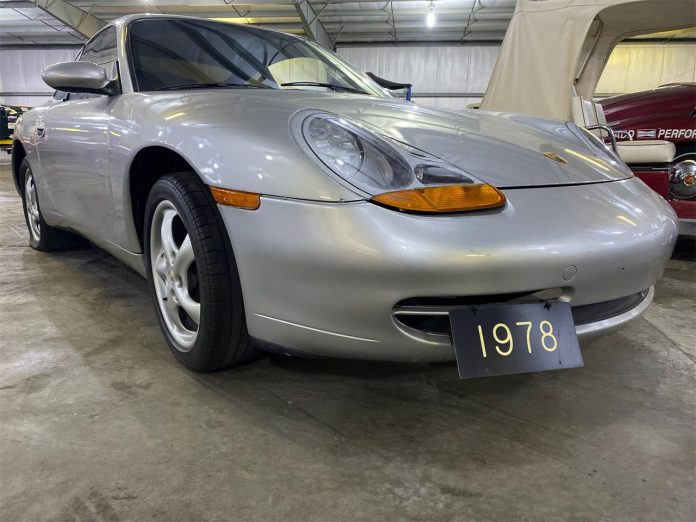 I’m a former Blockbuster Video employee, and as much as I like to think I have good taste in movies, well, I don’t. I tend to watch movies that are both entertaining, but not particularly great. I’ve seen Citizen Kane and enjoyed it, but I’ve seen every Fast & Furious movie multiple times and I will watch them again.

Combining a not so great film with a lot of cool cars was a natural fit for me, and when Gone In 60 Seconds was released in 2000 I was at our local movie theater, Airport Stadium 12, that weekend. It wasn’t a great flick but I was entertained. Ultimately, don’t we go to the movies for entertainment and escapism?

If you’re in the movie car market there are plenty of Eleanor re-creations to choose from, but what if you want to go a different route?

The Pick of the Day is this 1978 Porsche 911 featured in Gone In 60 Seconds listed for sale on ClassicCars.com by a private seller in Jackson, Mississippi. (Click the link to view the listing)

“This particular Porsche was driven in the 2000 action thriller, ”Gone in Sixty Seconds” starring Nicholas Cage and Angelina Jolie!,” the listing states. “It’s the very stunt car used in the movies most famous scene when Cage smashes it through glass to escape a chase!

“She was named ”Tina.” ”Tina’s” 1978 911 body was stripped down, including the roof and with great expert craftsmanship a new 1999 996 composite fiberglass body (all factory original NOS Porsche parts made in Germany) was handcrafted onto ”Tina’s” chassis.”

I remember Tina’s brief screentime and I just assumed they used a standard 1999 Porsche 911 and destroyed it like so many Aston Martin’s in a 007 movie. But the producers of Gone In 60 Seconds went a different route and created their own stunt car. From my knowledge I can’t think of a similar scenario with a movie car, but if you know of one let me know in the comments section.

Photos in the listing show that the interior is from an older Porsche than the one portrayed on screen, but the exterior is pure 996. The sale includes a 7’x9′ Gone in 60 Seconds Tina wall banner, movie theater ”lobby cards,” electronic press kit with footage from Tina’s famous crash and chase scene, Gone in 60 Seconds trailer, media press kit with cast, producers and photos, glass from Tina’s famous crash scene and Ms. Denice Halicki’s personal signature.

The asking price is $65,900 for this Gone In 60 Seconds Porsche. To view this listing on ClassicCars.com, see Pick of the Day.

Porsche has been building water-cooled 911s for 25 years now