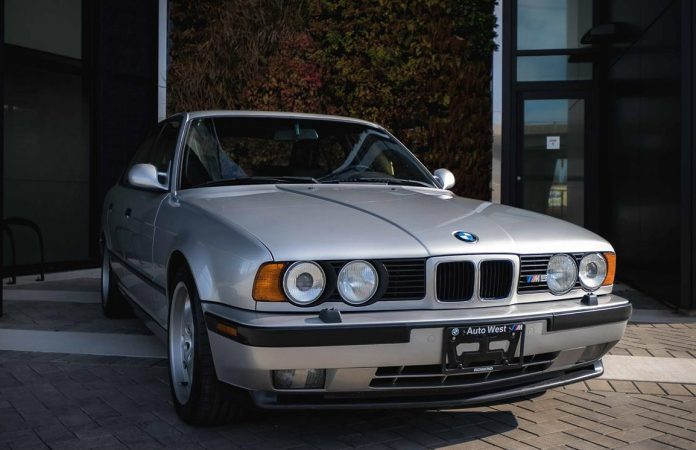 This year marks 50th anniversary of the BMW M cars. There are numerous celebrations taking place around the world celebrating the cars that truly made BMW the Ultimate Driving Machine.

While the 50th anniversary marks the beginning of the BMW M program in motorsports, the first M production car available in the U.S. was the M1 introduced in 1978. This was a true mid-engine exotic car. It’s powered by the 3.5 liter M88 inline-6 and a chassis designed in partnership with Lamborghini, due to BMW lacking the production capacity to build the M1.

The next M car from BMW, and the last truly hand-built M car, was the E34 M5 that was launched in 1988. It marked a new era for M cars with high performance, but they also had new levels of technology and luxury.

I have owned an E34 M5, and it’s my favorite sports sedan that’s been part of my collection. The car took all the elements I loved about the E28 M5 and wrapped them in a more comfortable, more modern, and better handling package. I drove mine across the country in 2002 and it was an epic road trip.

The Pick of the Day is one of these second generation M5s, a 1993 BMW M5 painted in Sterling Silver Metallic over a black Nappa leather interior. This M5 has 112,000 kilometers, which translates to 70,000 miles. (Click the link to view the listing)

It was delivered as a Canadian market car, hence the kilometers for distance traveled and it is located at a BMW specialty dealer in Richmond, British Columbia.

The dealer reveals up front that this M5 has a CARFAX report which shows an accident declaration over $2,000. The original registration history was in Ontario before being registered in British Columbia in 1994.

The car is powered by a powered by a 3,535cc S38 inline-six engine mated to a five-speed manual transmission with a standard limited-slip differential. The M5 has a 0-60 mph time of 5.6 seconds, a ¼ mile time of 14.2 seconds and a top speed limited to 155 mph. It features a sunroof, 17″ M-system II wheels, projector headlights with washers, integrated driving lights, M-Technic side mirrors, and Shadowline window trim.

BMW would build a total of 12,254 E34 M5 cars between 1988 and 1995. As I mentioned before these cars are the very last hand-assembled BMW M cars, something we are not likely to see again in a standard production M model.

The asking price for this car is a very reasonable $35,995, which could be due to the CARFAX report. If I were shopping for another of these cars, I would have a thorough pre-purchase inspection performed and if the car passed I would simply wire the money to the dealer.

Pick of the Day: 1991 BMW M5, the forgotten performance model