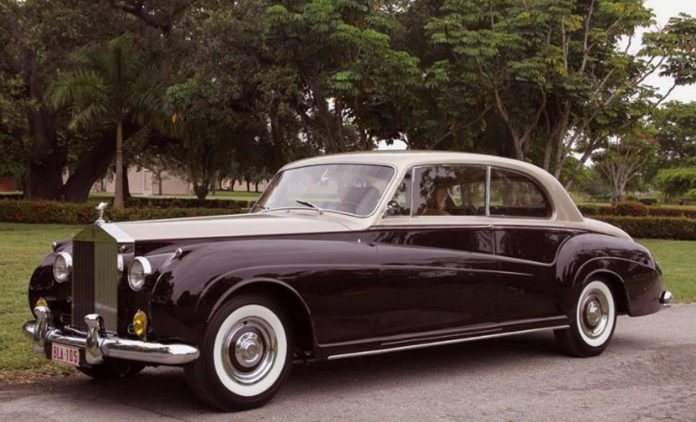 To me, Rolls-Royce is the most magical car manufacturer in the industry. It’s one of the most well-known brands in automobile history and so integral that even non-car enthusiasts know what it is and understand what the brand represents. As an ownership proposition, there is no other car that turns a simple task like a drive to the local grocery store into a special occasion.

While Rolls-Royce have been building cars since 1904, and many of their most famous models are the coach-built cars manufactured prior to WW2, I have always been most attracted to the post-war models. The main reason is that I’m a collector who enjoys actually driving classic cars and the post-war cars drive as well as the current models. They keep up with traffic, can be serviced easier, and are more comfortable than the pre-war models. Sure, many of the pre-war coach-built cars are more stunning than their post-war counterparts, but the usability of the later cars makes them the ones I tend to gravitate towards.

Of the various post war Rolls-Royce cars that have been built, there is a single model that is my all-time favorite. I first saw the car in person years ago at a Gooding & Company auction in Arizona and as it crossed the block I was instantly in love with the car. That car is the 1961 Rolls-Royce Phantom V Coupe with coachwork by James Young.

The Pick of the Day is the same car I saw on the auction block years ago at that Gooding sale, a 1961 Rolls-Royce Phantom V Coupe with coachwork by James Young. It is one of two ever built and is left-hand drive, as it was sold to the U.S. when new.

The seller’s description of this car is as complete as any you will find on ClassiccCars.com. The Miami, Florida dealer offering this car describes it as, “An especially elegant creation first supplied to a Mr. Frank J. Gill of Millbrook, New York on July 9, 1961.” They add that, “this work of art has enjoyed the stewardship of several noted automobile connoisseurs of the era including Mr. William Payson of Southport, Connecticut (1970) Sam Scheer of New York and Palm Beach, Florida (1972), Dr. Erle Heath of Pittsburgh, Pennsylvania and Miami, Florida (1973) and Ray Lutgert of Naples, Florida, (1976).”

The car was sold in the late 1980s and was supplied to the noted Mr. B. Laleman of Gent, Belgium who owned it until late 2006. It was then supplied by the noted Swiss dealer Lukas Huni to the Blackhawk Collection of California for an important collector client.

The car includes 26 years of service files and according to the seller when they acquired the car in 2017 it arrived in acceptable order but was cosmetically weathered. They have since done considerable work to improve the car cosmetically, and it’s also mechanically perfect.

A car such as this stunning Phantom Coupe would in many ways be my ultimate non-sporting collector car, even when compared to cars such as the Bentley Continental Type R. Not only is it considerably rarer than the Bentley, it is just a bit more opulent. With this car being a coupe, I could easily see myself taking this car on a cross country drive to Monterey Car Week. I could use it as my transportation while in Monterey and then drive it back home afterwards.

Prices for a car as rare as this one, again with only two built, can often get to the million-dollar mark quite quickly. While the ad for this car does not list an asking price, I called the dealer and it’s available for $425,000 including delivery and warranty.

This is an excellent price for a car that is truly sorted by a marque expert, and is a car that you could happily own for the rest of your life.