A great GT convertible for under $30K 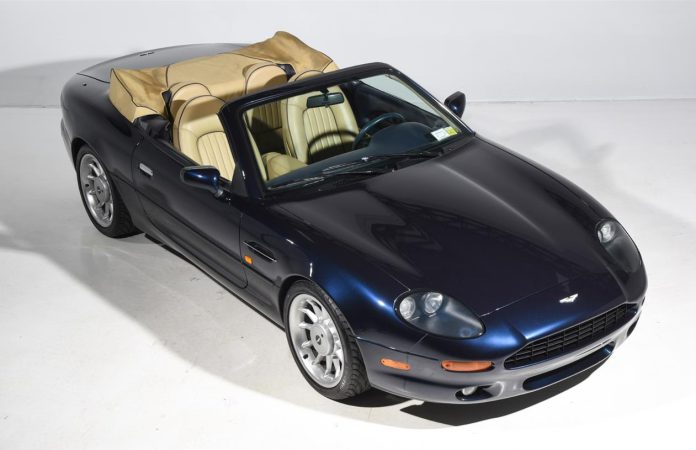 Of all the cars I have owned the most special have been built by Aston Martin. I’m not sure why Astons have felt more special than the Ferraris, Maseratis, and Porsches I have owned.

Maybe it’s the styling, history, or the James Bond affiliation, but the cars built in Newport, Pagnell, or Gaydon have always had been a little more special than the rest of the cars I’ve owned. Whether I am behind the wheel or just looking at them parked in my garage, there is just something magical about owning an Aston.

The best part about Aston Martin cars is that there is a model available at just about any price point. You can spend as much as millions of dollars on one, or you can spend some time searching and find one for as little as $30,000. Even at lower price point this is an Aston in good condition that you can drive just about anywhere. This is unique in the world of top-tier collector cars and something that cannot be replicated with other members of the exclusive brands.

The Pick of the Day is an amazing find at the low end of the DB7 price spectrum, a 1998 Aston Martin DB7 Volante.

Now I have owned a DB7 and I will say if this car was a coupe, I never would have posted it as a pick. Instead I would have called the dealer and bought it myself. The only reason I did not do that with this Volante is that I don’t fit in these cars with the top up. I am 6’4” tall and 6’2” is about the tallest a Volante driver can be to fit in the convertible (Volante) version of the DB7.

The DB7 was in many ways the car that saved Aston Martin as a brand. It was designed by Ian Callum and to me is nothing short of a masterpiece. Jeremy Clarkson called it one of the best car designs of the 20th century and I heartily agree with him. They also drive extremely well, offer plenty of power even when equipped with an automatic transmission, and are simply one of the finest GT cars of the era.

This specific DB7 is being offered by a dealer in Farmingdale, NY and is described as, “a one-owner car with 45k miles. The car is featured in Mendip Blue metallic with Parchment leather piped Blue and Blue convertible top.”

The seller adds that this DB7 has an unblemished history and represents an excellent value, a statement that I wholeheartedly agree with.

Looking at the pictures of this specific example I see a car that appears to be in remarkably original condition and in no way looks like the 25-year-old car it is. This specific DB7 is powered by the supercharged 3.2-liter DOHC inline-6 engine that produced a factory-rated 335 bhp at 5,750 rpm. While that might not seem like much these days, rest assured that this is plenty of power to allow it to both accelerate quickly and cruise all day in excess of 130 mph with a top speed of 155 mph. I say this from my personal experience of owning one of these cars and mine was not nearly as nice as this specific car.

The DB7, especially in 6-cylinder form, has been way too inexpensive for too long. The asking price of this stunning DB7 Volante is $29,900 and is a tremendous amount of car for the money. It guarantees front row valet parking privileges and when you drive it will be a sense of occasion unlike any other car at the price.