Customized for Wilt The Stilt 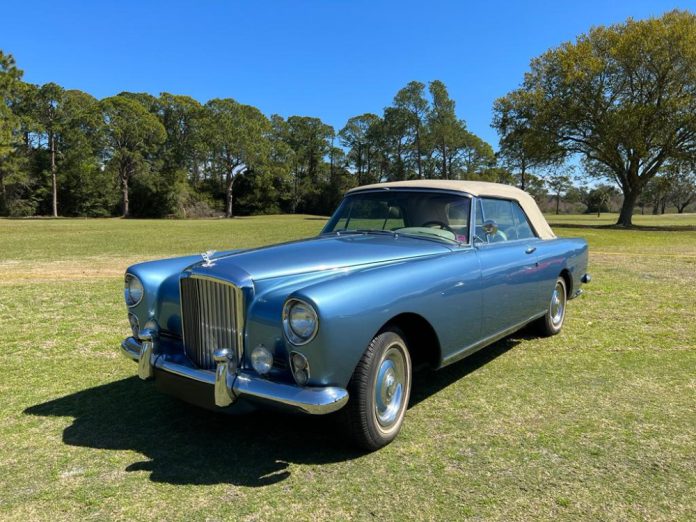 Wilt Chamberlain was Goliath during his hall of fame NBA career. Larger than life, dominate on the court in ways never seen before or after, and a lifestyle to match. With a grand persona and fame, one must have a car to match and Wilt the Stilt cruised in a car worthy of his stature.

The Pick of the Day is this 1961 Bentley S2 Continental Park Ward Drophead coupe delivered new to NBA hall of famer Wilt Chamberlain. It’s available for sale on ClassicCars.com by a dealer in Astoria, New York. (Click the link to view the listing)

“BC99LCZ was ordered new in New York by Wilt ‘The Stilt’ Chamberlain from Rolls-Royce of New York,” the listing states. “Delivered to his 342 Central Park West, New York City apartment with the UK registration plates ‘685 CGT’ with a picture of Chamberlain and his new Bentley on file, the Drophead likely moved West with Wilt when the Philadelphia Warriors for which he played moved to San Francisco for the 1962-3 season. It is not recorded how long Chamberlain kept this Bentley but it would stay in California for the better part of its existence.”

At seven-foot-one Chamberlain would need proper modifications to drive a car with any semblance of comfort and accordingly his Bentley was ordered with a “special driver’s seat to suit owner” and a two-inch longer steering column. Originally finished in Opal, it was refinished in Caribbean Blue and the interior features beige leather with matching Caribbean Blue piping.

“1 of Only 65 LHD Examples Built. The Bentley S2 Continental offered here is an example of Park Ward’s influential and elegant ‘straight through wing’ body style,” the listing states. “It is one of only 125 examples bodied in this fashion by Park Ward; of which only 65 were original left-hand drive cars like this one.”

Wilt’s former Bentley is yours for $189,500 and is a proper car for those larger than life, or someone that needs more leg room.