A choice inspired by "The Return of the Saint" 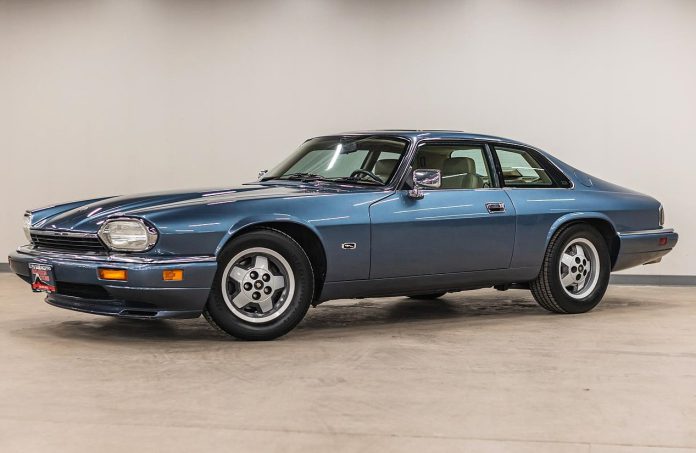 You might think I am crazy but while most people’s favorite Jaguar is the XKE, my all-time favorite, believe it or not, is the XJ-S.

Why is this my favorite jaguar you may ask? Well it is for two reasons. First by the time I was old enough to appreciate cars the XJ-S was the new face of Jaguar GT cars. I love the flying buttresses, and the car just seemed to exude cool from every angle.

The second reason was because of a TV show. You see there was a remake of The Saint titled The Return of the Saint starring Ian Ogilvy, and he seemed like a more accessible James Bond-type of character. He was surrounded by beautiful women, was a serious man of action and he drove a white XJ-S. This show imprinted on my young brain and I have wanted a XJ-S ever since, but have never taken the plunge.

The main reason for my hesitation has to do with reliability. Over the years the Jaguar XJ-S did improve, but working in the collector car hobby I had numerous people push me away from the car of my 11-year-old dreams. A lot of what people said about the issues these cars have is true, and I did not need another headache.

Then I discovered the facelifted Jaguar XJS. No, the lack of a hyphen is not a typo as Jaguar did away with it when these cars were launched. This was a complete redesign of the XJS from the floorplans upwards. Gone were the inboard read brakes, gone was the old V12 from the E-Type with its cooling issues, fuel injection woes, and octopus of vacuum lines. Yes, the exterior was modified but it still had that essence of the original XJ-S, but just a little softened up. In fact, one fitted with the 4.0-liter inline-6 made it even easier to deal with and offered close to the same levels of performance.

The Pick of the Day is one of these cars; a 1994 Jaguar XJS in Kingfisher Blue over a Doeskin leather interior available for sale on ClassicCars.com. (Click the link to view the listing)

The Lakewood, Colorado dealer offering this car states that this XJS has covered 104k miles from new and is a two-owner car from new. They go on to add that the car has had a lot of recent service work as well, something good to know and worth learning more specific information about.

The pictures of this car show an XJS coupe that looks to be in excellent condition, with a clean engine compartment, almost flawless interior, and what appears to be exceptional paint. It still looks to have its original radio and there are none of the dealer installed bump strips on the doors that each car received.

The XJ-S as a model is starting to move upwards in the market and while it is never likely to approach E-Type price levels. An XJS offers a lot of classic Jaguar for the money, combined with a car that is easier to drive and live with.

I almost did not select this car for the Pick of the Day, as I was entertaining the idea of buying it myself, but I am still holding out for one in white like in The Saint Returns. His was an original first series car but the fact that the facelift cars are so much better makes me want one of the newer cars as I plan to drive mine.

The asking price is a very reasonable $14,900. Which to me is hard to beat, because what other car offers what this XJS does for the money?