It runs from September 2nd to 4th 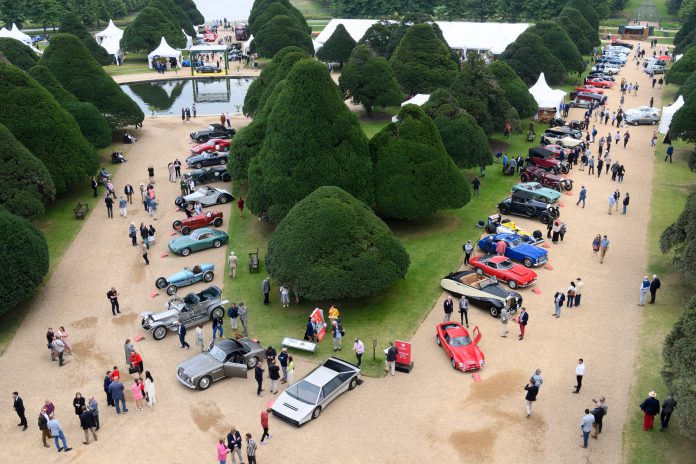 The Concours of Elegance has unveiled its 2022 lineup and it has some iconic cars for those that want to visit London in September.

“2022’s selection will, as ever, span automotive history, including both exceptional road cars and the finest competition machinery,” said James Brooks-Ward, Concours of Elegance CEO.

One of two Ferrari 365 P Berlinetta Speciale, known as the ‘Tre Posti, will be on display. Developed as the basis of a Le Mans racer it was revealed at the 1966 Paris Motor Show and shocked audiences with its three-seat cabin, Pininfarina body, and was the first Ferrari road car with a mid-mounted V12 engine.

A rare McLaren F1 GTR ‘Longtail’ will make an appearance. Just ten were built for the 1997 racing season and this example was piloted by Chris Goodwin to victory at Silverstone in the British GT championship.

The racing version of the BMW-developed V12 engine was subdued, capped at 600 bhp, but the road version developed 627 bhp. Despite the drop in horsepower it was quicker than the road version, due to its stripped down racing guise, as the GTR Long Tail tipped the scales at 910kg, as opposed to the road car’s 1140kg. It was recently converted for road use by Lanzante Limited.

A Ferrari 500 TRC Sports Racer will be on display. The TRC was quickly developed in 1956 due to the FIA’s newly issued regulations and replaced its predecessor, the 500 TR. This particular TRC has a distinct racing history, and finished 12th overall and 3rd in class at the 1957 Mille Miglia.

Just 17 TRCs were produced, and this example received a three-year restoration by Ferrari’s Classiche department. The TRC is the last four-cylinder powered Ferrari race car.

The Concours of Elegance 2022 runs from September 2nd to 4th and will be held at Hampton Court Palace in London, England.