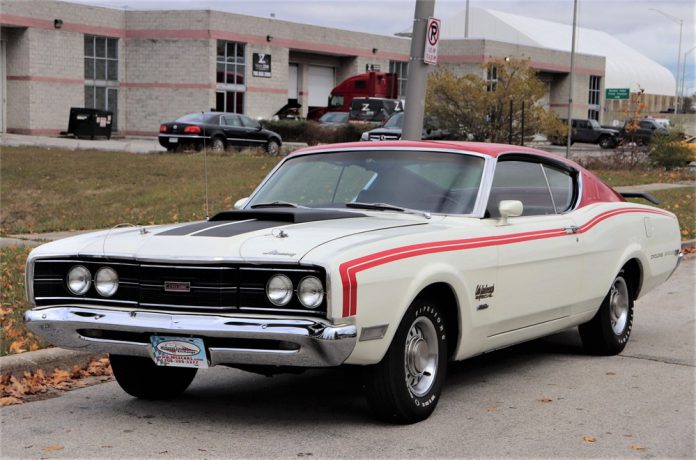 I have been working at The Classiccars.com Journal for more than eight years and have been doing the Autohunter picks since I had the idea of writing about them, much like we do with our Picks of the Day. This week the Autohunter site has four cars I think are absolutely awesome. Some speak to my love of European cars and others to my old NASCAR racing days. I think you will like them as well and look forward to seeing any comments you may have about any or all of them.

The Cyclone Spoiler in the late 60’s was one of Ford Motor Company’s successful efforts to go after Chrysler and beat them at their own game. One of the original star drivers of the Cyclone was Cale Yarborough, who won the 1968 Daytona 500 in a Wood Brothers prepared Cyclone Spoiler.

Only 617 of these specials were built and they were painted in the same paint scheme as his Daytona 500 winning car of the same year. This specific Cyclone Spoiler is powered by a 351ci engine backed by a 3-speed automatic. This example comes with a Marti report that verifies it is correct. These cars are relatively unknown to many muscle car enthusiasts and represent a tremendous value in today’s market. For a fraction of the price of a Shelby Mustang you can have something rarer and very cool.

The Corvair seems to have a following and at the same time continues to be affordable. When new, the Corvair had one of the most expensive design processes that GM ever undertook. Despite their “Unsafe at Any Speed” reputation, these cars are actually a proper GT car and handle at least as well as a VW Karmann Ghia, or even a Porsche 356. This specific car is a first year, second generation model that has been mildly customized with Camaro alloy wheels and what look to be Recaro seats. Happily, this specific car is equipped with a 4-speed manual gearbox, and not an automatic, which makes the car much more sporting. If you are looking for a collector car that is just a little bit different, you might consider this nice Corvair.

This car is powered by a Ford 302ci V8 backed by an automatic transmission. The seller notes that the car has some rust present in the torque boxes. If this could be fixed without affecting the original color Black Cherry paint this Cougar could prove to be a bit of a bargain at the right price.

The 500E has been a popular car with collectors over the past four years or so. I can’t say I did not see this coming as the 500E, with its Porsche designed V8 engine and subtle fender flares, was always something a bit more special than other Mercedes-Benz cars of the era.

The headlights and fog lights have been upgraded to HIDs and the taillights have been changed to LED bulbs. The car looks like something the Yakuza would drive in the early 90s, say in the movie “Black Rain”, and I think this car is awesome and I am betting it would steal the show at a RadWood event.