A time machine for a former music store employee 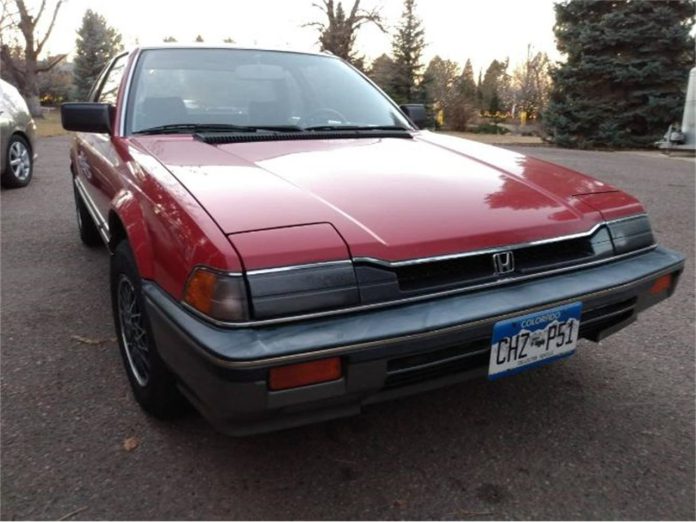 It was the late 1990s and I was an assistant manager at Blockbuster Music, the short-lived music store spinoff from Blockbuster Video that was bought out by The Wherehouse.

Cashiering, some managerial duties and stocking shelves with Fiona Apple, Savage Garden and Oasis CDs was a pretty cool job, but the salary wasn’t much. I needed a car. I think my family and friends were getting sick of me bumming rides to and from the Santa Rosa Marketplace shopping center five-times a week.

My route to the store had a lot of used car lots along the way and I window shopped as I bummed a ride. With my fiscal reality playing a strong part in my next car purchase I noticed a lovely silver Honda Prelude at Cars R’ Us for $2,000.

It was not a king’s ransom, but it would completely wipe out my minimal savings. On my next day off I bummed a ride from my dad to Cars R’ Us and checked out the Prelude up close. It was solid looking, minimal dents, some paint oxidization, an automatic transmission, and it ran well. Most importantly it had an upgraded CD player and a sunroof.

I bought it on the spot and began my two-year opus with a 1984 Honda Prelude. As with many purchases from a used car lot it had some mechanical issues, specifically the dual carburetors were a nightmare to keep tuned, but it got me back and forth to work.

The Pick of the Day is a 1983 Honda Prelude (click on the link to see the ad) being advertised for sale on ClassicCars.com by a dealer in Cadillac, Michigan.

“In original, very good condition (missing original wheels and radio has been replaced with CD player) and looking for an enthusiast of Honda machines to finish restoration,” the seller states in the listing. “Gorgeous, shiny paint R-46 Dominican Red.”

It has a gray and black interior with buck seats up front and a folding rear seat. As a fairly spartan vehicle it doesn’t have air conditioning or power steering.

Under the hood is a 1.8-liter four-cylinder engine with twin side-draft carburetors and the engine is paired with a five-speed manual transmission that sends power to the front wheels. The dealer notes that it has 144,000 miles.

This Prelude can be considered a work in progress and the dealer notes that it has not been restored and needs further servicing.

“Records indicate timing belt was replaced at 88K miles, along with many other repairs along the way, alternator, distributor, water pump, headlights, windshield – I have the full service history from the first owner,” the listing states. “I recently replaced the battery. Last year I removed the carburetor, had it rebuilt at a shop in Denver, and reinstalled – afterward the car passed emissions with no problem. It starts easily, runs without overheating, drives at highway speed, stops, and all lights work.”

Nostalgia can be a strong emotion. Blockbuster Music is gone, a Trader Joe’s took its place, and Cars R’ Us is no longer with us. You can never go home again, but I have the option to replace a long-gone Honda with a similar one. To make this nostalgia complete I’ll need to buy this Prelude and find my copy of Be Here Now by Oasis. It was in heavy rotation at the time and that’s why a working CD player in my car was a strong selling point in 1997.

For $9,995.00 you can own this 1983 Honda Prelude and hopefully the next generation of car lovers takes a chance on restoring a car dear to me.

Make sure you have plenty of CD options for it. I recommend Urban Hymns by The Verve, Tidal by Fiona Apple, and The Masterplan by Oasis. They were in heavy rotation when I had my Prelude and they still sound great.