Andy finds some opposite cars on AutoHunter 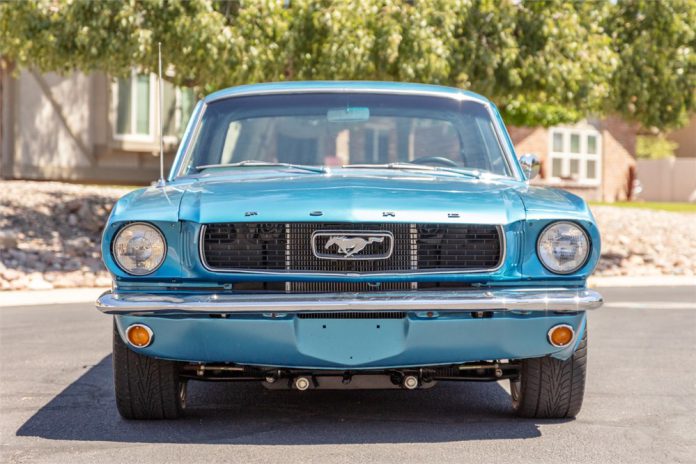 This is my week to come up with a list of the cars I like the most on AutoHunter and there is a great variety of cars available; everything from muscle cars to Ferraris. I decided to step out of my usual types of picks and highlight two muscle cars and two cars at the other end of the spectrum that are available for bidding now.

The nice thing about muscle cars, besides an abundance of torque, is that they tend to be less expensive to maintain. The other two picks this week represent cars that are continuing to be hot in the market, and cars to buy now or pay more for later. As always, good luck bidding.

The GTO is one of the true icons of the muscle car world and is the model that best defines the category. The brainchild of John DeLorean when he worked at GM, the GTO is one of the icons of the classic car world. This specific car is finished in Mayfair Maize with a white interior. It’s powered by a 389ci tri-power engine that was warrantied and replaced by GM in 1965, when the original one cracked. Happily, the original engine block is included with the sale. This car might end up being a deal, due to the block replacement but if this is documented, you basically have a numbers-matching car due to the factory warranty replacement.

1966 Ford Mustang
The 1966 Mustangs might be my favorite of them all, especially in notchback form. This specific car is powered by a well-built numbers-matching Ford 289ci V8 stroked to 331cid. If you have never driven a car with a 331 stroker you are in for a surprise as it takes the original Ford small block and makes it better in every way. This car also has suspension and wheel upgrades, but cosmetically left looking fairly stock. This is a cool Mustang that will outperform a Shelby GT350 in many ways and is stealthy. A perfect car to take on classic car tours such as the Copperstate 1000 rally.

1991 Acura NSX
I have this car on the list, but the sad part is that I am 6’4” tall and I don’t fit in it. If I did, I would have bought one a decade ago and likely still own it. The original NSX is the thinking man’s exotic car, with Honda reliability and quality mixed with tremendous design and performance. If you are 6’2” tall or shorter buy an NSX now. This 116,000 mile car is going to be a deal because due to the higher mileage but has a full service history and in a few years it will end up being a great buy.

1952 MGTD
Yes, I know the TD is forever the middle child of the MG T series, the automotive equivalent of Jan in the Brady bunch. I have owned a TC, and have driven every car in the T series, and to me the TD is the best driver. These cars are flat in the market, but if you want to know what sports cars were like in the 1950s the TD will deliver. This specific TD looks to be in nice shape in a great color combo. It is simply impossible to buy a sports car from this era for less money and the TD fully delivers on the classic sports car experience.