Less is more in this 850 Spider 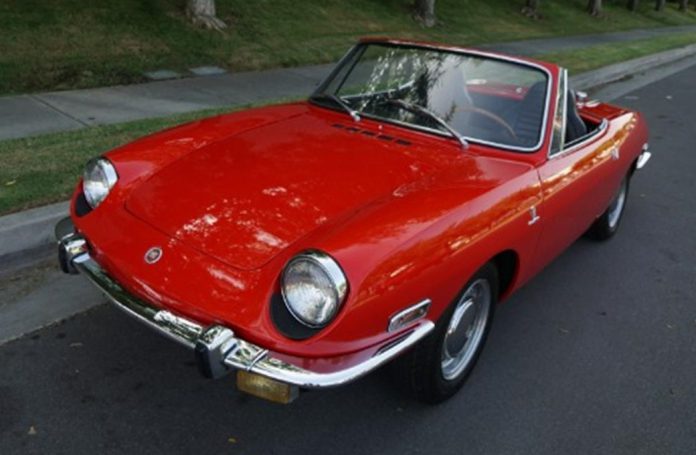 Sometimes in the world of classic sports cars less is more. Less size, less displacement, and lower performance can sometimes be packaged in such a way as to be perfect.

A great example of the less is more concept is the Fiat 850 Spider.

The 850 Spider is a rear engine sports car powered by an inline-4 engine displacing depending on the year 811, 847 or 905cc, with a 4-speed manual gearbox. The 850 Spider is a masterpiece of design by Giugiaro while he was working for Bertone. The car has stunning lines and is quite small, so much so that it can make a Mazda Miata look like a big car. What is hard to believe is that this diminutive sports car is comfortable for drivers as tall as 6’4”, even with the top up.

The Pick of the Day is this 1971 Fiat 850 Spider located at a dealer in Torrance, California, available at ClassicCars.com.

The little 850 is not a fast car, but somehow still feels fast from behind the wheel. It is the kind of sports car you can drive near the limit all day and rarely be in danger of getting a citation for excessive speed. That being said, the 850 Spider is still capable of a top speed of 92 mph, and though 0-60 mph takes 20 seconds, it makes for a stunning backroads roadster.

According to the seller this is a completely rust free example of an 850 Spider as these cars are known for serious rust issues with reports that some had signs of rust when they were delivered new. The seller goes on to say that this car has been mechanically restored a few years ago and everything works as it should. The car is also said to run extremely well with no signs of overheating or rough running.

With an asking price of only $16,500 this little 850 Spider is a great buy for a rare Italian sports car that was designed by a one of the greatest automobile designers in the world. A car that you are not likely to pass in traffic unless you are going to Concorso Italiano in Monterey this August.