Pick of the Day: 1985 AMC Eagle, a crossover before crossovers were cool

A 4x4 made in Canada with room for the family 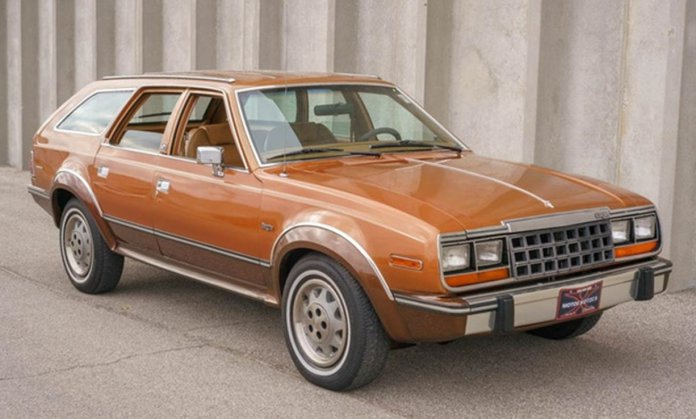 The crossover is now a fairly common offering for consumers that want the off-road capabilities of an SUV but prefer a vehicle with a smoother ride, better handling and greater gas mileage.

In 1985, the idea of a crossover was a notion slightly ahead of its time, but AMC effectively used their Concord body style on top of a 4-wheel drive system, and the Eagle was born. The Eagle was the start of a new vehicle segment for American consumers, with off-road capability and civility.

An American crossover produced north of the border, the Pick of the Day is a 1985 AMC Eagle offered by a dealership in St. Louis, Missouri, advertising on ClassicCars.com.

“This clean and tidy 1985 AMC Eagle comes from the State of Iowa from the same owner for the past 28 years,” the dealership states in the advertisement. “It only has 67,116 actual miles and is sold on an actual-mileage Iowa title. Made in American Motors’ Brampton, Ontario, Canada factory.”

Power is provided by a 4.2-liter straight-6 engine with a Carter 2-barrel carburetor that produced a factory-rated 115 horsepower and 210 pound-feet of torque. The engine is paired with a Chrysler 998 Torque Command 3-speed automatic transmission featuring a 42-disc New Process Gear (NP119), a 3.08.1 rear end and Quadra-Trac full-time 4-wheel drive helps provide traction.

It rides on factory allow wheels wrapped in thin-whitewall 205/75R15 tires. The Eagle’s stance has a slight lift for off-road clearance and with a two-tone exterior, it tends to exude

evoke a vintage family-station-wagon feeling at every angle.

“This example is finished in Autumn Brown (code 4A) over Mocha Brown (code 4B) and the paint and trim are in overall very good order,” the listing states. “The body is straight while the chrome bumpers fit tightly to the body. Note the rectangular, flip-up exterior door handles, which were unlike the handle-pushbutton combinations that some competitors offered during the ‘70s and still not the same as the other flip-up types used in the ‘70s and ‘80s.”

I own a Mini Cooper and my son recently shot past 5’4, as growing 7th graders are apt to do. As a result, I feel guilty having him ride in the backseat of the Mini when the situation arises, plus I’d like have some space for my Siberian Husky, Bane.

As such, I have been eyeballing Subaru Crosstreks lately, and even with a casual glance you can see the lineage of the AMC Eagle. With an asking price of $25,900 it’s an affordable option to current crossovers.