Both supercars were ordered from the factory without rear spoilers 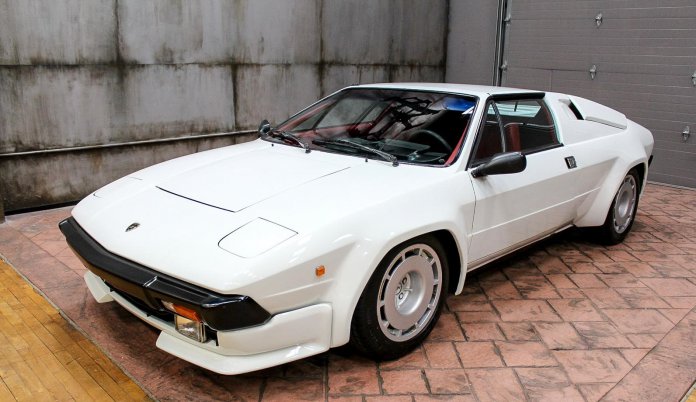 A 1982 Lamborghini Jalpa and a 1991 Lamborghini Diablo are being offered up for bidding by Worldwide Auctions at its Arizona Auction Week sale. 308 at their upcoming Scottsdale event. Despite their common bond as, the cars have little in common, beyond being mid-engine sports cars from Italy ordered without rear wings.

The example on offer in Arizona has been driven only 6,640 miles. Its Bianco White exterior is contrasted by the red leather interior. It rides on OZ wheels and was ordered from the factory without a rear wing. The mid-engine supercar is powered by a 3.5-liter V8 with four 2-barrel Weber carburetors. The engine is paired with a 5-speed manual transmission. The car has independent suspension and 4-wheel disc brakes.

Meanwhile, the Diablo was presented as a worthy successor to the Lamborghini Countach. The Italian sports car manufacturer produced 2,884 Diablos in a 12-year span. The car on offer by Worldwide has been driven 7,771 miles and is finished in Bianco white over a black leather interior.

A mid-engine supercar in the truest sense, it features a 5.7-liter V12 factory-rated at 485 horsepower with 428 pound-feet of torque. The engine is paired with a gate-shifted 5-speed manual transmission. The sprint to 60 mph takes only 4.4 seconds. Top speed is 202 mph.

The pair represent the wide spectrum of Lamborghini’s offerings. The Jalpa often is overlooked and is the middle Lamborghini child between the Countach and Lamborghini. It never caught the public’s imagination and was put out to pasture after Chrysler’s purchase of Lamborghini in 1988.

As the heir to the Lamborghini dynasty, the Diablo enjoyed a substantial run from 1990 to 2001 with 2,884 produced, in various configurations, and for a particular generation is the poster car of their youth.