Pick of the Day: 1970 De Tomaso Mangusta, the Cobra fighter 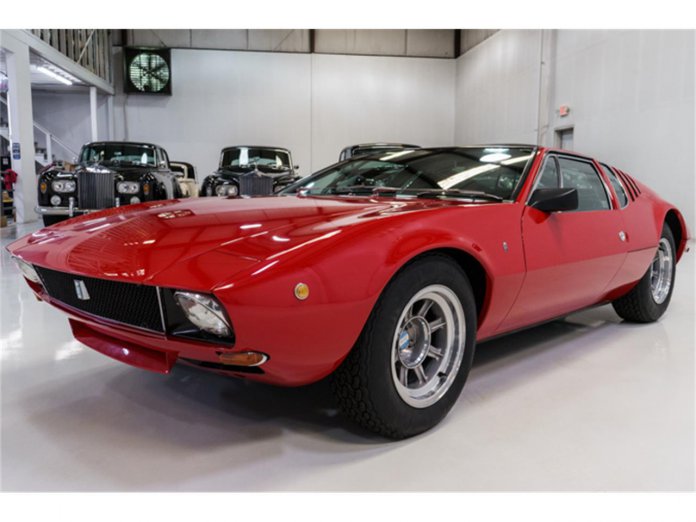 Alejandro De Tomaso gave us the Mangusta, Italian for mongoose, because its natural prey is the cobra.

The Pick of the Day is a 1970 De Tomaso Mangusta being advertised on ClassicCars.com and is one of 401 produced during the sports coupe’s run from 1967-1971.

As the story goes, De Tomaso in 1964 offered to help Carroll Shelby to build a new Can-Am race car for the 1965 season, but the deal fell apart after De Tomaso disagreed about the design of the car. Like a scorned lover, De Tomaso sought some measure of revenge against Shelby, hence the Mangusta. This anecdote is likely apocryphal, but its interesting to think that De Tomaso wanted a car that would “kill” the Shelby Cobra.

“The Mangusta was first offered in 1967,” the dealer notes. “Designed by the great Giorgetto Giugiaro during his time at Carrozzeria Ghia in Turin, the Mangusta showcased the classic Italian wedge shape. Featuring a heavily reinforced chassis based on the Vallelunga, the Mangusta was equipped with a mid-mounted Ford V8 behind the passenger compartment.”

Under the rear two-section hood, which opens in a similar manner to gullwing doors, is a 302cid V8 engine with a factory-rated 230 horsepower. The engine is paired with a ZF 5-speed manual transmission with a gated shifter. The supercar featured all-independent suspension, rack-and-pinion steering and disc brakes.

This Mangusta has 63,704 miles and is well-documented with more than 30-years of service records, owner’s manual, tools, and Italian parts catalog, the seller says.

In all likelihood, we will never know whether Alejando De Tomaso developed the Mangusta out of spite to take on the Shelby Cobra after the failed partnership. Maybe it’s better to have an urban legend surrounding the genesis of a mid-engine supercar and its rivalry against the legendary Cobra.

But ultimately, classic car aficionados truly benefited from the development and production of the De Tomaso Mangusta.

To view the listing on ClassicCars.com, see  Pick of the Day.