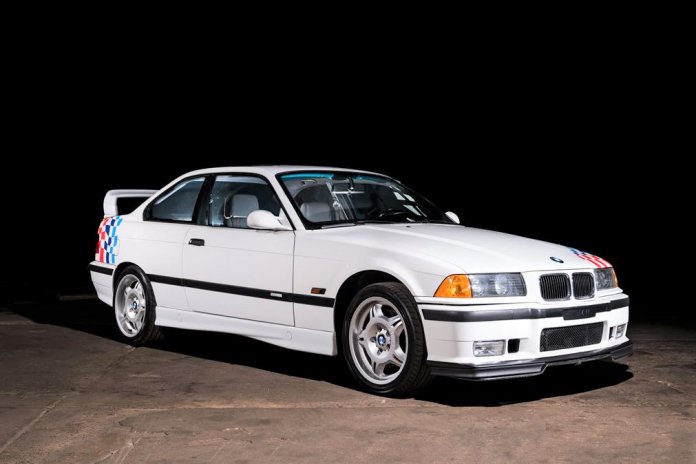 BMW launched production of its E36 M3 coupe in November 1992, equipped with a 240-horsepower 3.0-liter S50 inline-6 that was increased to 3.2-liters for the S52 engine in later model years. But racing enthusiasts craved more from their coupes, ultimately inspiring BMW to create the M3 Lightweight, also known as the LTW.

The Pick of the Day is a track-only 1995 BMW M3 Lightweight, believed to be one of only 126 made and showing just 36,584 miles from new, although those are hard-fought racetrack miles.

According to the Philadelphia dealer advertising the car on ClassicCars.com, the M3 LTW was BMW’s gift to US racing teams who wanted a BMW homologation special with which to compete.

In order to make these M3 LTWs lighter than the M3 road cars, BMW stripped away the radio, air conditioning, tool kit, leather seats and sunroof. The interior trim pieces were converted to carbon fiber, sound insulation was limited, and the typical carpeting was replaced with a low-weight substitute. Ultimately, BMW removed 200 pounds of weight with these adjustments.

“Go-fast performance changes consisted of the removal of the top-speed limiter and a short differential ratio of 3.23 compared to the stock 3.15,” the dealer says.

M3 Lightweights were equipped with a US-spec S50 engine, and the suspension was modified with shorter springs taken from the European specification M3 models.

When it came to the exterior, PTG gave these Lightweights a racecar look by adding an M3 GT front spoiler with splitter and BMW Motorsports International badges. All examples were finished in Alpine White and given vinyl multicolored motorsports flags on the left front and right rear corners.

Throughout its life, this 1995 M3 LTW example has raced around tracks all around the country.

“When we came into possession of the car in 2015, it had several interior and exterior modifications for use at the aforementioned track days including a roll cage, 5-point belts, coilover suspension, and an aftermarket brake set up (all of which has since been removed and returned to stock configuration),” the seller says.

Inside, a white gauge overlay kit was placed over the instrument cluster, and the stock shift knob was replaced with a ZHP shift knob taken from a 3-series performance package.

“Given that this example has seen liberal use over its lifetime, the exterior has acquired some chips and scratches and the exhaust has a slight rattle,” the dealer notes. “The interior carbon-fiber trim also shows some cracking and there is a hole in front of the driver’s side window switch.

Despite these slight imperfections, this car “represents the perfect opportunity to own an example that can be used and enjoyed without risk of damage while still owning one of the rarest BMWs ever put into production.”