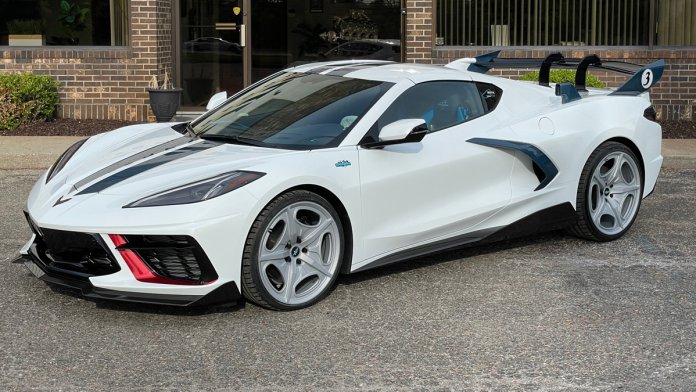 To celebrate the 60th anniversary of Briggs Cunningham’s Le Mans class victory in 1960, 60 special C8 Corvettes are being produced and you have a chance to win car #33 in Chip Miller Amyloidosis Foundation’s sweepstakes event.

This C8 Corvette, ear-marked for the Chip Miller Amyloidosis Foundation, made its grand debut May 20-23 at the Amelia Island Concours d’ Elegance in northeast Florida.

Briggs Cunningham was an American racing legend and Le Mans icon. He introduced the Corvette to the Le Mans’ racing stage in 1960 when his team, behind the wheels of what we now call Cunningham Corvettes, finished eighth overall with car No. 3.

Decades later, National Corvette Hall of Famer Chip Miller obtained the winning Corvette and restored it to its Le Mans livery. Miller dreamed of taking the car to Le Mans in 2010 with the winning co-driver John Fitch for a lap around the course, but Miller, unfortunately, passed away in 2004 due to complications from a rare disease named Amyloidosis.

In Miller’s honor, the Chip Miller Amyloidosis Foundation aims to “empower people with the knowledge and understanding of Amyloidosis for earlier detection, ensuring a better quality of life for those afflicted with the disease and to help science find the cures,” the foundation says on their website.