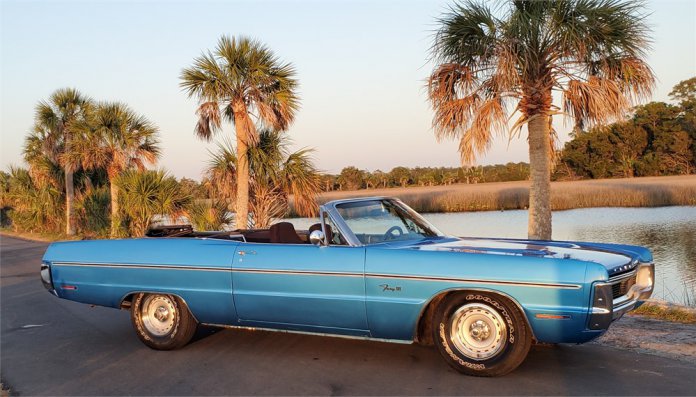 As the weather continues to heat up, convertibles are starting to make their way out of the garage and onto the road or, in AutoHunter’s case, onto the auction docket.

The online auction platform driven by ClassicCars.com has a handful of convertibles up for bidding that would make for a fun summer driver.

The three convertibles below are my current favorites up for auction, but make sure to visit AutoHunter’s site to the many more diverse selections.

All red inside and out, excluding a white retractable soft top, you won’t be missed driving around town in this convertible.

This first-year example Chevelle Malibu SS convertible is the recipient of a frame-off restoration and retains factory-correct specifications throughout, including its JD-code 283cid V8 engine.

The interior is fitted in red vinyl and houses an aluminum center console running between the front seats and an AM radio.

How could I not add this fully restored, NCRS award-winning C1 Corvette to my list? It received a score of 94 along with a Top Flight Award in 1997.

The body is finished in Polo White and features a retractable tan cloth top that folds beneath a white tonneau cover, removable side windows, factory mesh headlight grilles, and a chrome grille.

The interior looks just as nice as the exterior with Sportsman Red vinyl bucket seats and a two-tone red and white dash.

Power comes from a 235cid Blue-Flame inline-6 paired with a 2-speed PowerGlide transmission.

This matching-numbers, Fury III is one of just 1,952 convertibles produced for the 1970 model year and has been repainted from its original Burnt Orange to Chrysler B5 Blue.

It’s powered by a Chrysler 383cid V8 engine equipped with an Edelbrock four-barrel carburetor mounted on a Weiand intake manifold.

The passenger compartment, according to the seller, has remained largely unchanged from factory and could use some TLC.