But it still lives on in horse racing to this day 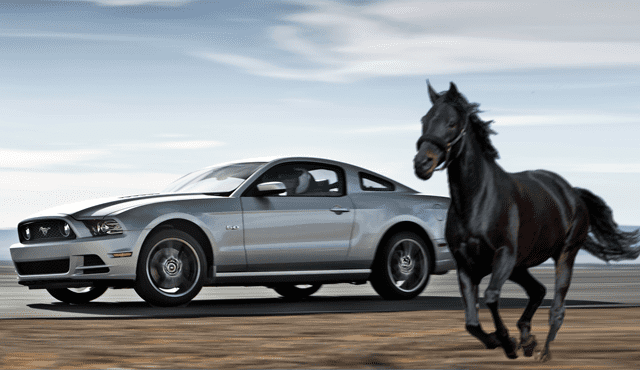 We know that auto races are measured either in miles or kilometers, but have you ever heard of the distance measurement called the furlong? It’s used to measure races, but only those involving the predecessor to the automobile – horses.

If you’ve been watching the Triple Crown races, you’ve probably heard this term mentioned quite often. But what exactly does it mean and why are horse races measured in furlongs instead of miles or kilometers?

The world furlong dates to early Anglo-Saxon times when it was defined as “the length of a furrow in a cultivated field,” according to Merriam-Webster.

Basically, it was the distance a team of oxen could plow a field without resting, which equaled 220 yards. A less than accurate measurement, to say the least, similar to how horsepower was “discovered.”

By the early 1300s, England declared a mile to equal 8 furlongs and by the 16th century, the measurement was set as a national standard.

It wasn’t until 1985, under the Weights and Measures Act, that the United Kingdom abolished furlong as an official measurement term. Yet the furlong still lives on.

So how exactly does furlong fit into horse racing?

When the sport of horse racing started to become formalized in England in the 1500s, furlongs were used to set the race courses and has remained the go-to unit of measure ever since.

So, when you’re watching horse races and you hear the announcers say the horses are in “the final furlong,” you know they are only 220 yards from the finish line.

There is an exception in horse racing when mile or kilometer is used to replace furlong, and that’s when a race exceeds a mile in length. For example, the upcoming Preakness is 1 3/16th miles long, and it’s referred to that way, not as a 9.5-furlong event.

Whether furlongs remains horse racing’s unit of measure forever, aren’t you glad auto racing is measured? The Indianapolis 3,999 doesn’t quite roll smoothly off the tongue.

Follow ClassicCars.com to Baltimore, Maryland, for the second leg of the Triple Crown, where we partner with StableDuel for its popular Preakness Stakes contest. With a guaranteed prize pool of $20,000!

SSC Tuatara Striker and Aggressor unveiled with up to 2,200 horsepower

Top 11 cars named after horses, which is your favorite?