It was muscle car mania 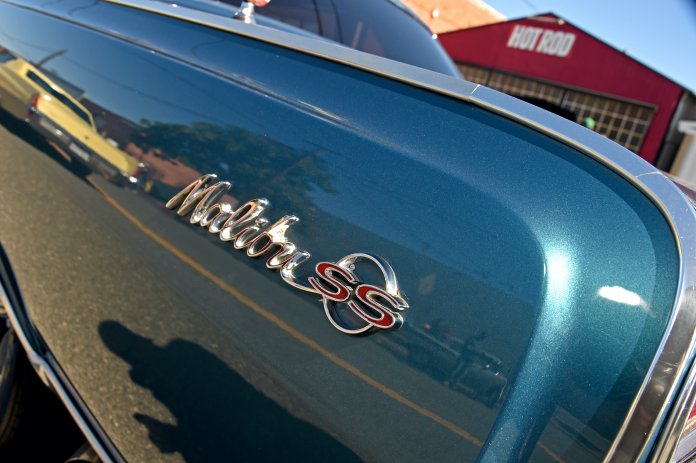 “Speed and horsepower are the only two items in the development of better-performing automobiles” – Wally Parks, founder, NHRA

Although the Automobile Driving Museum in El Segundo, California, remains closed because of coronavirus pandemic restrictions, it is able to host some outdoor events.

It did a Valentine’s Day car show in mid-February, and a week later it staged a Muscle Car Show.

Apparently people were eager to get out of their homes for some automotive interaction because an estimated 400 cars and 1,000 people cruised onto Lairport Street in front of the museum for the event.

“Pure Muscle” is a term that originated in the 1960s and’ 70s when Detroit was building mid-size sedans but with the largest-displacement V8 engines, combinations ideal for drag racing, whether between stop lights or the Christmas tree starting lights on sanctioned drag strips.

Only around 20 cars had pre-registered for the event, but after Wendy Burch of KTLA Channel 5 did a live telecast from the event, the cars and the crowds arrived, noted Marisol Herrera, the museum’s executive.

“Normally, before the pandemic, we had a show once a month and it was a different theme every month and February was always a muscle car show,” she added. “So we decided to do it again this year but not charge anybody for admission because the museum is temporarily closed.

“There was also no charge for the cars and the requirement was that they were muscle cars but since so many cars showed up we allowed other high-performance vehicles to show off .”

The Automobile Driving Museum was founded in 2002 by car collectors Stanley Zimmerman and Earl Rubinstein. Its mission was to “collect, preserve, exhibit and ride in historic vehicles.”

The museum houses around 130 antique and vintage vehicles from 1886 to 2000 and on Sundays cars are selected for visitors to sit in and sometimes take rides around the block.

The museum even rents the vintage and classic vehicles for TV production or movie shoots in addition to hosting special events throughout the year.

George Harris won an award with his 1932 Ford Roadster that he built in his backyard.

“The body is (fiber)glass and I have thrown in a 429 Ford from a Thunderbird,” Harris said. “I just putter around and have fun with my nephews. I am so proud to be here and get this award.”

For more information on the museum and its events, visit the driving museum website.

Question of the Day: What is the first muscle car?