Yes, there are those younger fans who appreciate antique automobiles 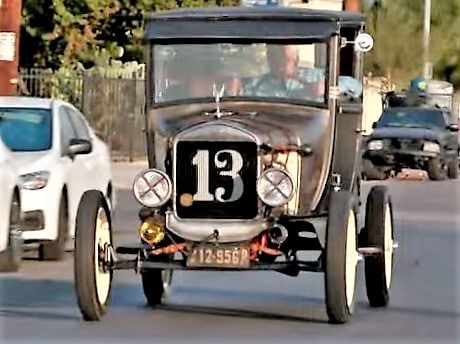 They say Millennials don’t care about cars, but there are plenty of cases where this isn’t the case.

Take for example Brandon Fay, a young man in his 20s who together with his father restored a 1927 Ford Model T rescued from a farm in Wisconsin, where it sat idle for three decades.

He and his car were featured on the latest episode of “Jay Leno’s Garage,” where you can learn about all of the work Fay did in restoring the car as well as adding his own modifications. Fay and Leno also discuss why the Model T is a great car for any Millennials looking to tinker with old metal (it’s because they’re still affordable and you can find all the parts you’ll ever need on the Internet).

The Model T is widely recognized for revolutionizing the auto industry, as it was the first relatively affordable, mass-produced car with standard, interchangeable parts. The first Model T built for sale was completed on October 1, 1908. However, the moving assembly line which made Ford famous didn’t actually come into play until 1913.

With this innovation, Ford was able to build more than 15 million Model Ts until production finally ceased on May 26, 1927. This makes Fay’s example one of the last built. Impressively, there are still about a million of them on the road, according to Leno, which is testament to the quality of the engineering and materials that went into them.