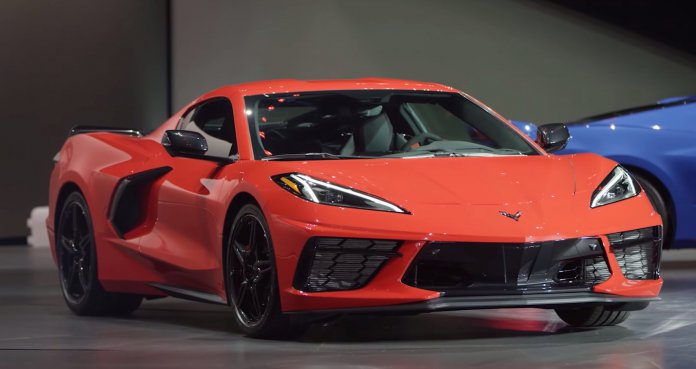 It may seem like a lifetime ago, but the start of the 2020 model year saw the introduction of the C8 Chevrolet Corvette Stingray—the first mid-engine production Corvette in the nameplate’s history. Chevy now has the first installment of a two-part documentary detailing the car’s development.

Chevy has teased the idea of a mid-engine Corvette for decades with various concept cars and prototypes, but it finally pulled the trigger on a production version because designers and engineers felt the existing front-engine design had reached its limits.

The decision to go mid-engine wasn’t made abruptly. Design work on the C8 Corvette began in 2011, before the last front-engine Corvette had even launched, Corvette exterior design manager Kirk Bennion said in the documentary.

As with any new car, designers went through many iterations before arriving at the final C8 shape, building multiple scale models and three full-size clay models as part of the process.

The resulting design has the proportions of an Italian supercar, but with a good ‘ole small-block 6.2-liter V-8 behind the seats. The naturally aspirated engine known as the LT2 produces 495 horsepower and 470 pound-feet of torque, giving the Stingray a quoted 0 to 60 mph time of 2.9 seconds. We were so impressed that we named the latest Corvette a Motor Authority Best Car To Buy 2021 nominee.

Chevy isn’t done, either. We’re expecting new Z06 and ZR1 models, and possibly another variant named Zora, after Corvette godfather Zora Arkus-Duntov. That version will get a 1,000-hp hybrid powertrain, Hagerty reported earlier this year. It’s unclear when these more potent Corvette variants will show up, but in the meantime, part two of Chevy’s documentary premieres on YouTube January 4, 2021.