Vintage vehicle federation sets its mission for 2021 and beyond 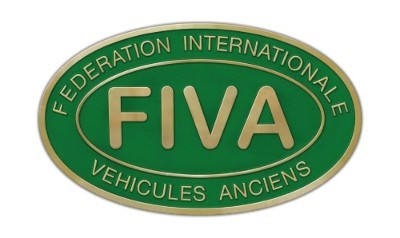 “Let’s hope we’ll soon be in kickdown, rather than lockdown,” was the message from Tiddo Bresters, president of the Fédération Internationale des Véhicules Anciens, speaking at the recent general assembly of the international federation for ancient vehicles, an event held online in this year of the coronavirus pandemic.

FIVA’s mission is to protect the long-term vitality of the collector car hobby and to keep public roads open to vintage vehicles.

“The transition to fossil-free energy is an enormous challenge,” Bresters said.“We want to see the ‘moving museum’ of historic vehicles in the 2030 landscape and beyond, and to do this we need to spread our message to the rest of society, helping people to understand our passion for motoring heritage.

“We cannot do without lobbying.

“In the past, our focus has been primarily on the EU, but we must make sure to be heard all over the world – where the same concerns and arguments apply. So in 2021, FIVA’s Legislation Committee will be ‘exporting’ its hard work more widely outside the EU, helping to ensure we are united around the world.”

The federation said its lobbying activities will be supported by its recent and soon-to-be-published socio-economic survey which studied such factors as the number of historic cars, motorcycles and utilitarian vehicles in various country and how many miles they travel, the average age of owners and how much those owners contribute to national economies.

“Two further factors in protecting our heritage,” the federation noted it in its post-assembly announcement, “are the need to bring younger people on board, something we have worked hard on in 2020 via social media channels, and also international cooperation.”

Among those speaking at the assembly was Marie-Claude Machon-Honoré, chairperson of the liaison committee of the NGO-UNESCO, the United Nations Education, Scientific and Cultural Organization.

“UNESCO and FIVA share many common goals in protecting, preserving and promoting our heritage,” Bresters noted, “and as Dr Machon-Honoré emphasised, both organizations see the younger generation as vital to the future.”

The FIVA announcement quoted Macho-Honoré as telling the group, “UNESCO strongly believes in the power of heritage as a positive force to preserve identity, and the sense of belonging to communities, especially for younger generations.”

Soon after the general assembly, FIVA announced the 2020 winners of its Culture Awards. They are: