AutoHunter offers a wide range of classic and modern collectible vehicles during its inaugural week. 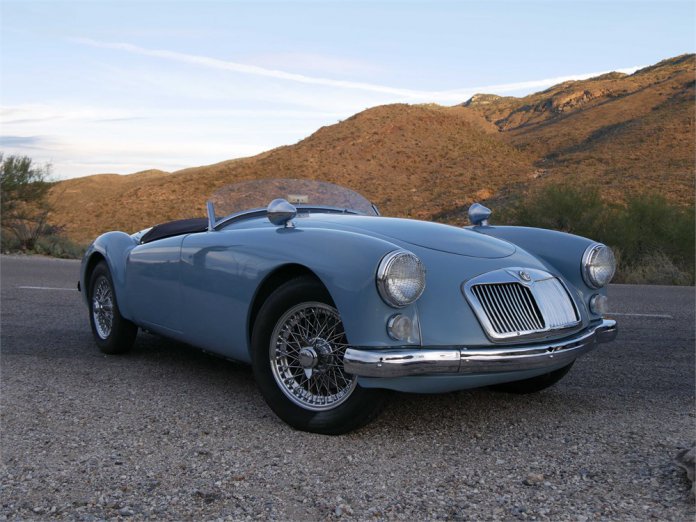 AutoHunter, the newest online auction platform for classic and modern collectible vehicles, has officially launched with more than 30 vehicles up for auction and new vehicles being listed each day. Created by ClassicCars.com, the world’s largest online collector car marketplace, AutoHunter offers a dedicated live customer-support team, a quicker auction listing process, and exclusive benefits to buyers and sellers.

Highlight launch vehicles include a one-owner 1989 Porsche 911 Turbo cabriolet with only 36,000 original miles. Finished in black over black interior, this 911 is powered by an air-cooled 3.3-liter turbocharged flat-6 engine. Other highlight auction listings include a 1968 Chevrolet Corvette 427/435 convertible finished in Corvette Bronze over dark orange, and a steel-bodied 1932 Ford Custom Roadster once owned by Rick Harrison from the popular television show Pawn Stars.

“Our automotive specialists have worked tirelessly to curate an outstanding selection of vehicles for the launch of AutoHunter,” said Roger Falcone, founder and chief executive of AutoHunter. “AutoHunter will continue to offer a diverse range of classic and modern collectible vehicles that will appeal to a wide range of enthusiasts.”

Low-mileage collectible vehicles are featured as part of the opening auctions. Highlighting the low-mile lineup is a 3,000 original miles 1992 Ford Mustang LX Summer Edition convertible finished in Performance Red over a white leather interior and powered by a 5.0-liter V8 engine paired with a 5-speed manual transmission.

Among other interesting vehicles live on AutoHunter are:

To list a vehicle with AutoHunter, submit a free, no-obligation consignment request form on AutoHunter.com. Once the vehicle is accepted, the standard consignment listing fee of $128.

Bidder registration can be completed at AutoHunter.com with no credit card necessary until the first bid is placed. The bidder fee on an auction listing is 6.5 percent of the hammer price, with a fee-cap at $6,500. This fee is collected from the winning bidder’s account immediately after the winning bid is announced.