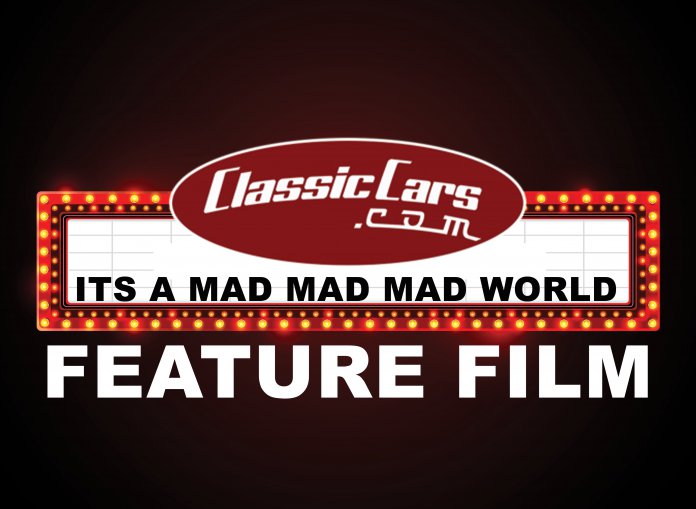 It’s a Mad, Mad, Mad, Mad World remains one of my all time favorites — a certifiable classic. 1963 California, when the state was still beautiful and only had a population less than half of what it is today.

The cars in this movie are worth a look, but through the laughs provided by Milton Bearle, Jonathan Winters, Ethel Merman, Sid Ceasar, Buddy Hackett, Mickey Rooney, Spencer Tracy, Jim Backus and a stellar cast of the funniest people of the day, this movie is hilariously action packed.

Smiler Grogan (Jimmy Durante) is speeding to a California park where he hid $350,000 from a job he did that landed him in jail for 15 years. Zooming through traffic on a winding mountain road, he careens over a cliff. Several people, in four cars, witness the wreck and the men scale down the mountainside to help. The dying Grogan gives details of where the money is buried right before, literally, kicking the bucket. The witnesses each want the cash for themselves. From there, a crazy chase begins.

My favorite scene remains the son dancing with his girlfriend to loud music so he can’t hear his mother (Ethel Merman) calling on the telephone. I was laughing so hard I was nearly crying…

Hope you all enjoy this Sunday feature as much as I enjoyed re-watching it!

Pick of the Day: 1968 Pontiac Firebird