Bookshelf: Zen and the Art of Collecting Old Cars 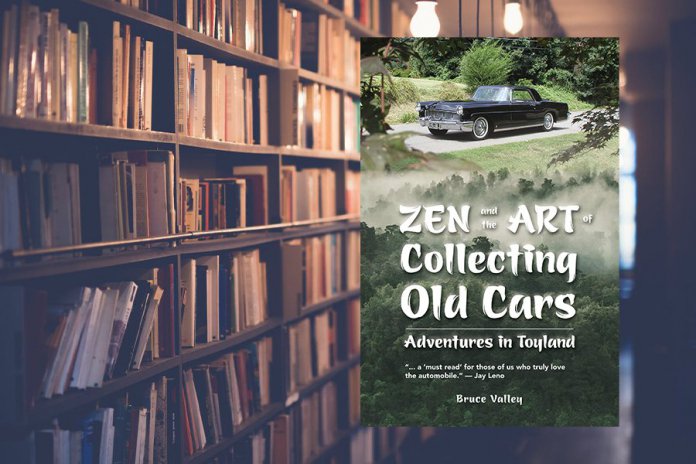 When a person makes the step into car collecting, it is with a sense of joyous pursuit. Go to any car event; the people there just ooze passion. Bruce Valley and his marvelous book, Zen and the Art of Collecting Old Cars: Adventures in Toyland, takes that passion and puts it into words and stories that both captivate and teach.

Old cars are like old anything: they need refurbishment, upkeep and TLC. The author has had a lifetime of car collecting across six decades, restoring and driving amazing machinery from a pre-war turret-top V12 Cadillac to a Pontiac GTO (his first new car) to Studebakers and Packards, a Lamborghini 400GT, and so many others. Each car had its own personality and set of lessons, he notes.  Each chapter is dedicated to a facet of his car collecting. Most are specific cars, but he combines experiences on British and Italian cars, station wagons and pickup trucks in their own chapters.

Valley himself has had an interesting life as a Navy test pilot, Washington speechwriter and aerospace executive, but cars were his lifelong passion. As he declares in the book’s introduction “This is not a book about Zen. Nevertheless, Zen pervades its pages.”

In the early 1970s, he read the cult classic, Zen and the Art of Motorcycle Maintenance: An Inquiry into Values by the late Robert Pirsig. Valley says he re-read the book several times throughout his life.

The lessons he took from the book were far from just maintenance. It was about good life, seeking quality and peace of mind. These were lessons he took to heart in all aspects of life. He truly channels Pirsig’s philosophical spirit into the car collecting hobby.

This is one of the most emotional books I have read about automobiles. The stories are personal and deep. He speaks of weeping as he delivered his 1954 Corvette to its new steward,  the joy of junkyards and the hunt for parts, his love of Mercedes-Benz.

I really don’t want to give away too much as I encourage reading this terrific book. But after reading Zen and the Art of Collecting Old Cars, you might find yourself changed a little. But isn’t that the joy of the written word?