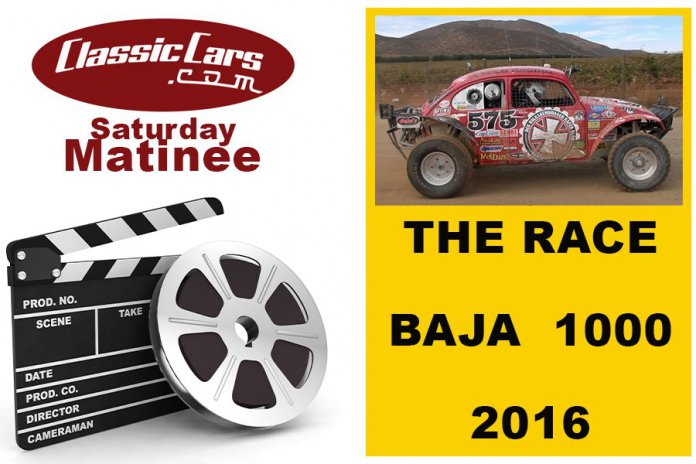 For the next half hour, sit back and watch the physical, intellectual and emotional effort to take on one of the world’s most grueling races: the Baja 1000. The Canadian YOLO Racing team does a wonderful document.

From the YOLO Racing Facebook Page: YOLO Racing is a Canadian off road racing team based out of Vancouver, BC. This year we will be competing in the most famous off-road race in the world. The legendary Baja 1000. After a year off we raced the 2014 Baja 1000 placing 4th in class 5/1600.

We are the first Canadian team in the history of the sport to achieve such an award. SCORE International is an off-road sanctioning body in the sport of desert racing. Every year, the best off road racing teams in the world meet on the Baja Peninsula of Mexico to compete in the SCORE INTERNATIONAL desert racing series. The Baja 1000 is the flagship event. The SCORE series attract teams from around the world competing in twenty seven classes with 200-400 entries from thirty States and over a dozen countries.

The grueling courses run through villages along the Baja peninsula luring thousands of spectators. Few more than half of the entries finish these races where anything can happen. Over its colorful history the SCORE series has drawn competitors from all walks of life. Simple privateer teams to multi-million dollar teams compete together over the entire course. The popularity of these races have exploded in recent years, attracting World Rally Champions, NASCAR champions, “A-list” movie stars, motorcycle champions, television celebrities and blue-collar adventure seekers.

Our team is made up of a group of Professional Firefighters and friends. We have been racing in Baja since 2008. We also represent two charities, Firefighters Without Borders Canada, an organization that provides training and equipment to Fire Departments around the world and the Vancouver Firefighters Charitavle Society that uses funds to support medical care facilities and medical and health care research in British Columbia.

Some funds also go to assist members of the community of Vancouver and the Province of BC, who have been affected by traumatic wounds, injuries, incidents, or circumstance in addition to providing bursaries for community service and scholastic achievement. We have various fundraising events throughout the year and for every race we attend we deliver equipment to various communities that are in need up and down the Baja Peninsula of Mexico.

In 2012 we outfitted 75 Firefighters in the communities of Rosarito and Mulege with there very own firefighting gear consisting of helmets, jackets, pants, boots and gloves. We also have refurbished Auto extrication tools and another consignment of hose, gear and first aid supplies that we will be distributing when we arrive in November for the Baja 1000.