Sub: Petersen Car Week hopes to be a ray of sunshine for car culture in what is otherwise a dark time 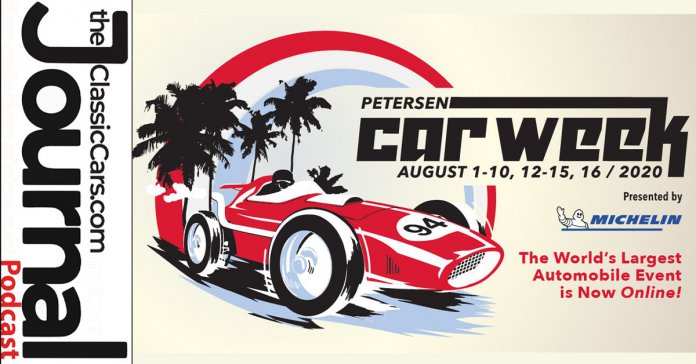 Since August 2012, Terry Karges has been the executive director of the Petersen Automotive Museum in Los Angeles. He has overseen a great deal of progress at the world famous museum. This week on the Journal Podcast, Karges tells us about his journey and talks Petersen Car Week – a virtual surrogate for the cancellation of Monterey.

The Petersen Automotive Museum, brainchild in 1994 of Robert Petersen, the late founder and chief executive of Petersen Publishing, and businessman/philanthropist Bruce Meyer, has assembled a world-renowned collection and serves as a gathering space for car culture. Petersen and Meyer s were on the board of the Natural History Museum in LA and sought a means to grow and maintain Petersen’s collection in perpetuity.

Based in the former Ohrbach’s Department Store building at the corner of Wilshire and Wilcox near Beverly Hills, the museum underwent a $95-plus million renovation in 2015. It has become a center of car culture for visitors from around the world.

Usually the motoring world is at or headed to Monterey this week, but that was prevented this year by a global pandemic so the Petersen decided to use the power of the web reach to build a surrogate. Petersen Car Week certainly isn’t like being on the Monterey Peninsula, however, the Petersen hopes online and social media events will quench some of the thirst that so many of us are experiencing.

Karges has a sales and marketing background, working with OEM automotive suppliers and aftermarket behemoths. As the former vice president of sales and marketing for Roush Performance, he helped grow that company into the largest specialty high-performance car brand in the world.  As owner of Karges Sport, he was involved in motorsports marketing and ran his own racing team. He also held marketing management positions at Disneyland, SeaWorld and Marine World.

The podcast discusses the Petersen’s changes, its inclusiveness, and Car Week.