What are the highest priced cars on ClassicCars.com? 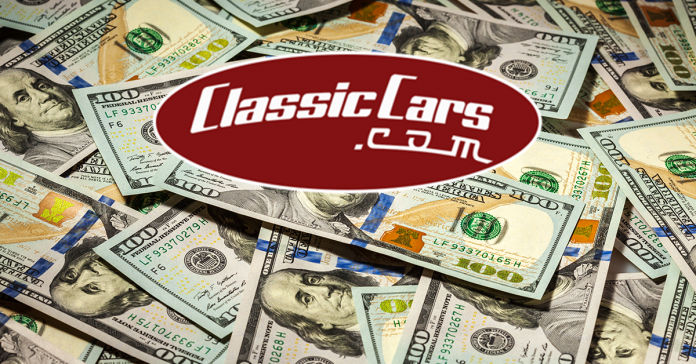 The collector car world has its gems and its projects. Out of pure curiosity we went looking at what are the most valuable cars listed on the nation’s largest collector car marketplace, ClassicCars.com.

We saw some very legit cars. Cars that will continue to appreciate like Picassos. We also saw cars that were high priced just to attract attention. As veterans of hundreds of collector car auctions, we can generally call BS – and for that matter, our readers do, too.

There are many uber-valuable cars on the site. We saw many seven-figure cars – but without an actual listed price. It seems the most valuable cars are for the most part listed with a “Contact Seller” moniker instead of a price. It goes back to the old adage, “If you have to ask, you probably can’t afford it.” However, there are a few genuine articles with asking prices.

There were also several listings for 8-figure cars that will never come close to 5-figures, if that – however there are sellers who use the high price to get people interested and just make the call. Considering how many of them are listed as “Sold,” it might be an effective tactic. Lord knows, I wouldn’t pay $10M for a 1969 Chevelle – no matter how much I like them.

While there are certainly more valuable cars and asking prices here, these five cars represent a list of high-dollar listings that I found notable. 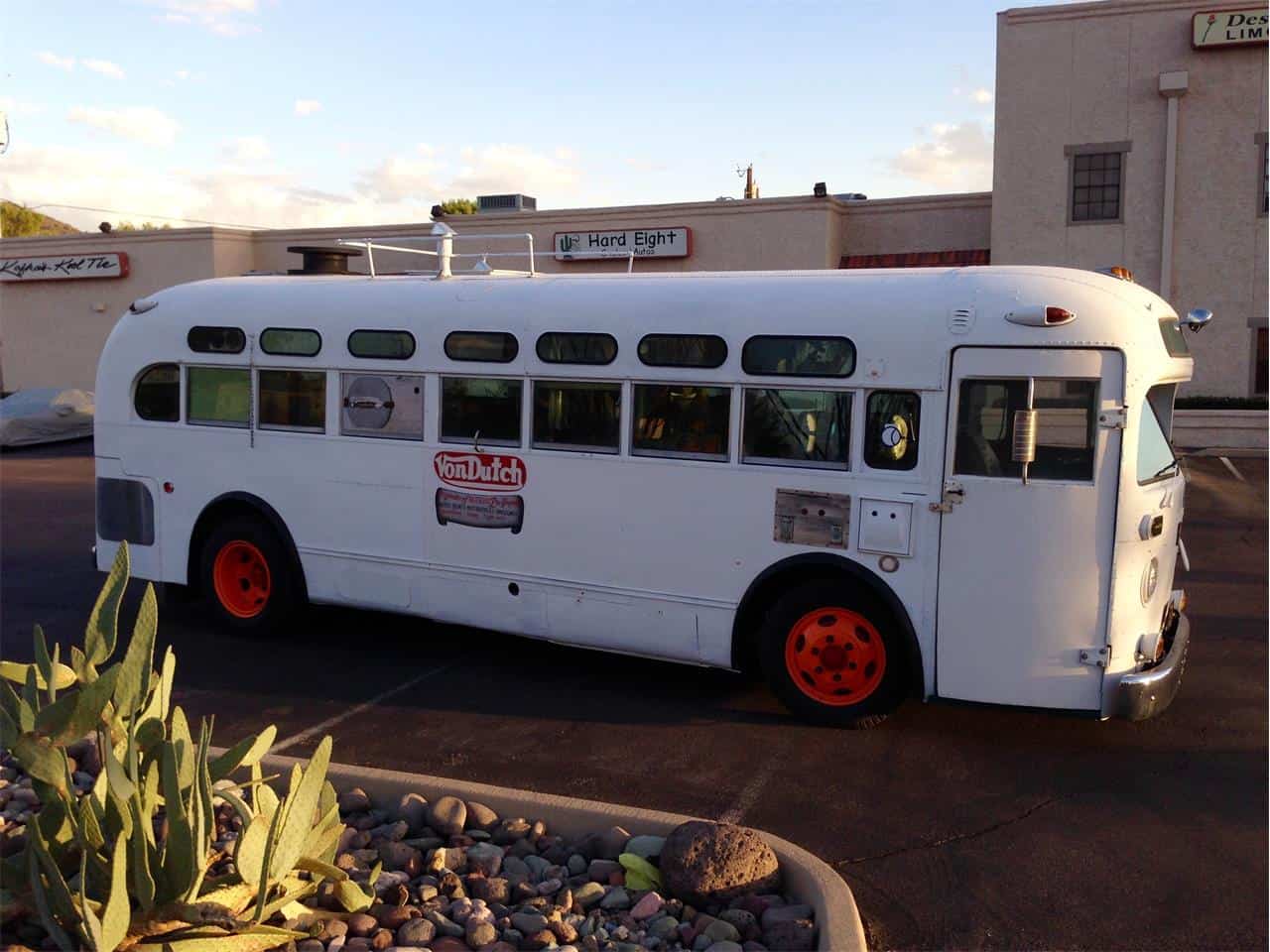 The mobile live-aboard studio of the legendary pinstriper is restored and for sale. I may go for a look as it’s local to me.

According to the seller: “The one and only Von Dutch Bus was the studio/workshop/home of the father of the Kustom Kulture and originator of modern pinstriping, Kenneth Howard AKA Von Dutch. It has undergone an eight-year restoration, contains many unique and original items, and is now a fantastic investment opportunity.” 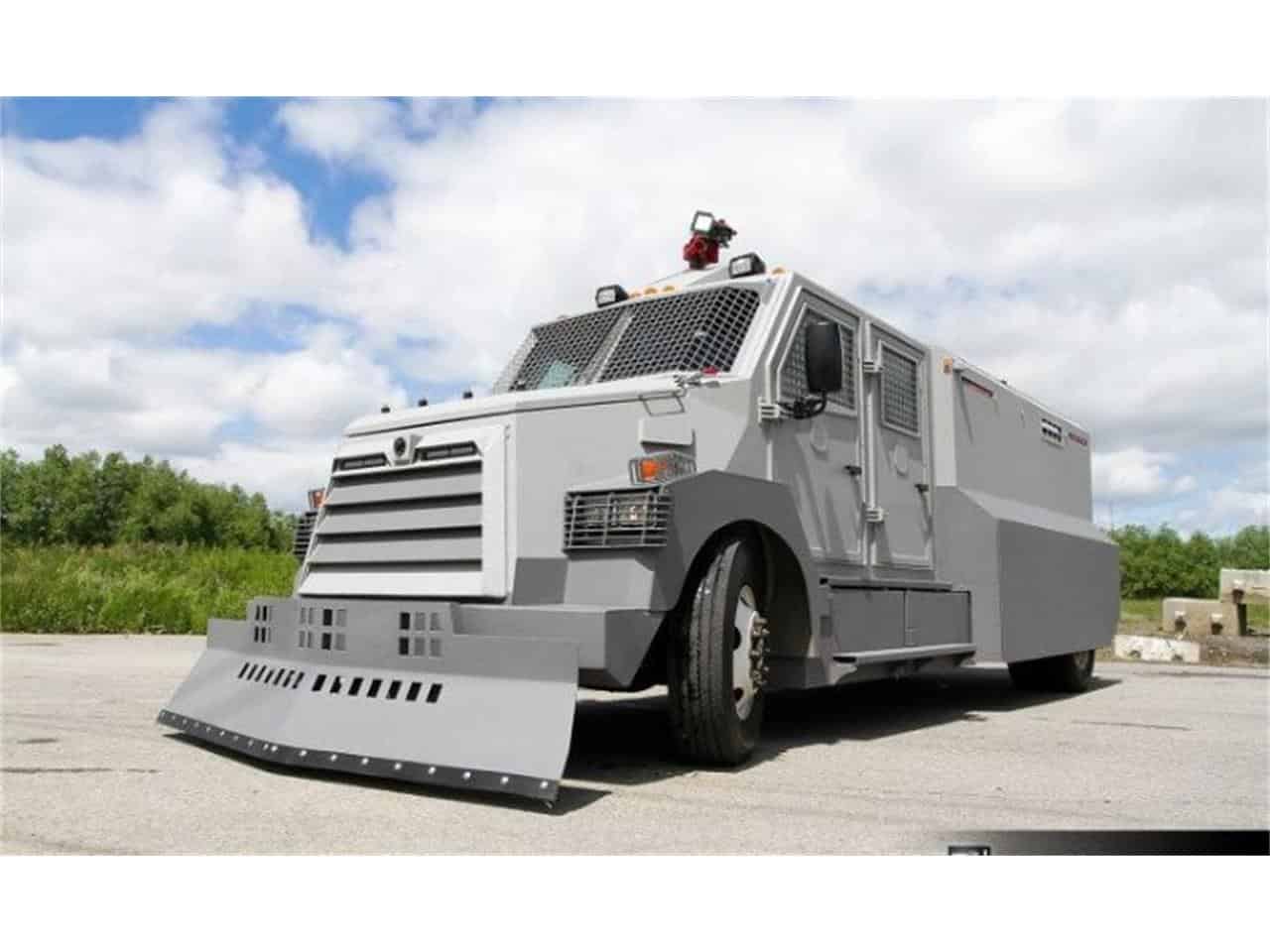 The world is going through crazy times. Probably not going to appreciate in value, however something like this could be very useful in 2020, particularly in major metro areas. Then of course this would be an awesome tool for a local militia waiting for the Zombie Apocalypse.

According to the seller, “Being both super maneuverable and fully armored, this vehicle offers law enforcement personnel peace of mind while driving straight into harm’s way. Powered by a monster Cummins diesel engine pumping out 295 horses and a whopping 1,000 ft lbs of torque allows a driver to push stationary vehicles out of the way with ease. Equipped with high-pressure water pumps with regulated nozzle pressure, chemical additive tanks, a fire-extinguishing system, adjustable-height ram-bumper to clear heavier obstacles and surveillance equipment with recording capability, makes this riot-control vehicle very versatile.” 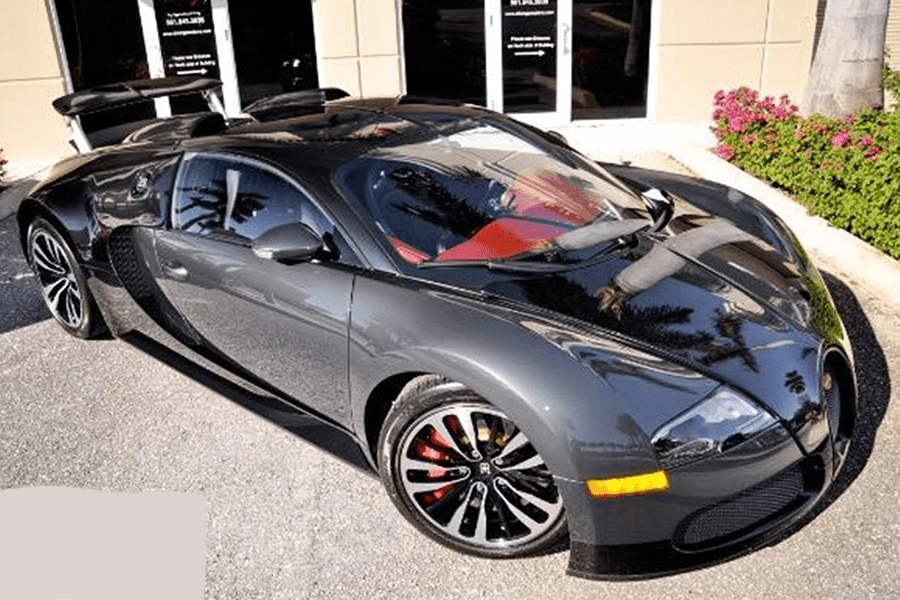 Here’s a car that captured headlines as the fastest production car ever built. This one is only 495 miles from new.

The seller says, “The Veyron EB 16.4 is named in honor of Pierre Veyron, a Bugatti development engineer, test driver and company race driver who, with co-driver Jean-Pierre Wimille, won the 1939 24 Hours of Le Mans while driving a Bugatti. The EB refers to Bugattis founder Ettore Bugatti and the 16.4 refers to the engines 16 cylinders and quad turbochargers! This 2010 Bugatti Veyron 16.4 is one of the nicest examples of its kind and will be a must have masterpiece for any collection!” 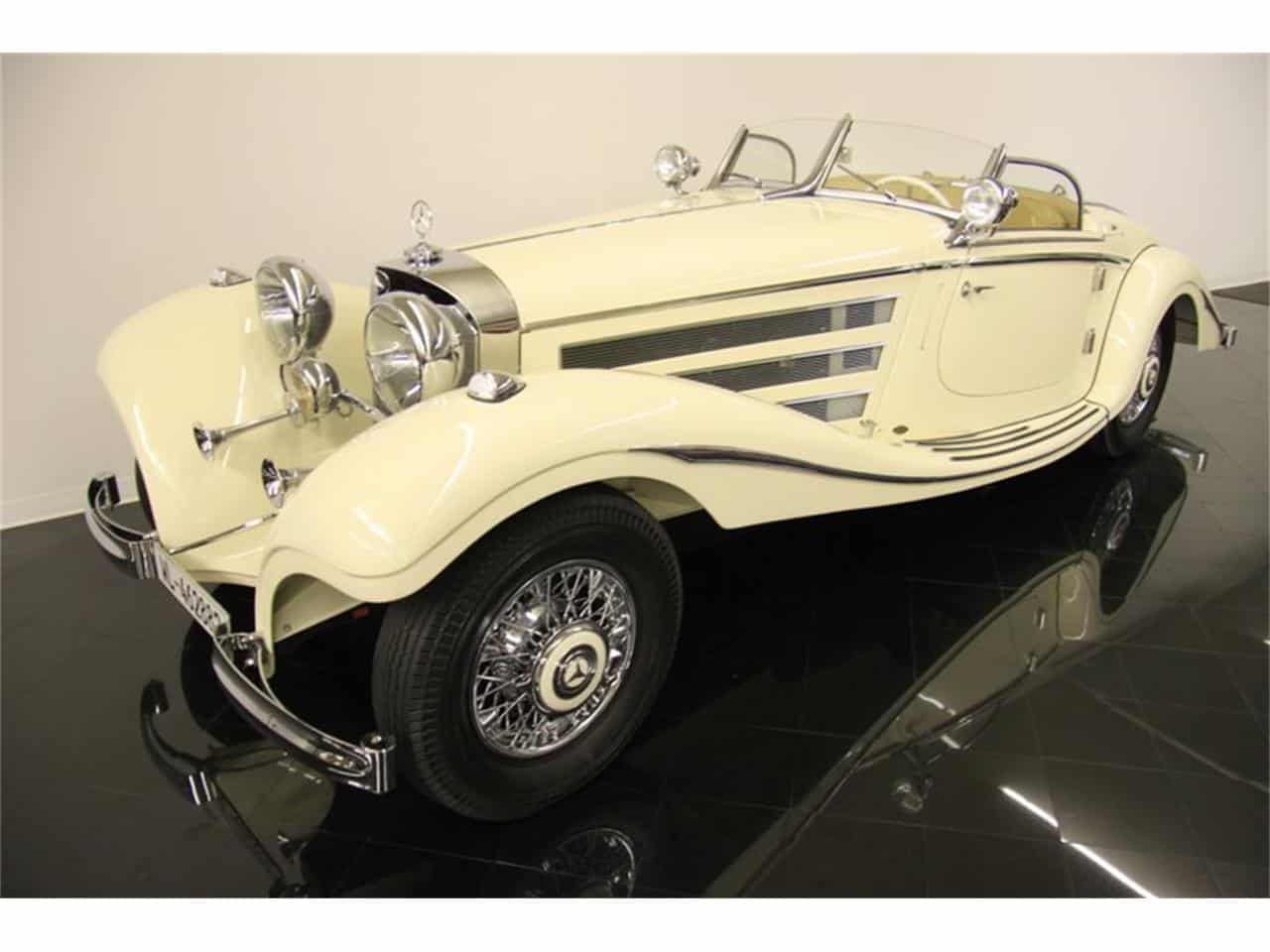 Want to make a splash at Pebble Beach or Amelia Island? This is one of those cars.

The seller describes, “Genuine 500K Chassis restored and re-bodied by Franz Prahl! Now sporting the highest quality Special Roadster coachwork! Absolutely stunning in every way with Concours provenance! This car presents a very unique opportunity to own not only one of the most beautiful Mercedes-Benz models but also one of the most stunning pre-war cars, and one that has made many most beautiful cars of all-time lists. The car is eligible for almost any prestigious car collecting event and is among the most top-notch CCCA full classics that money will buy. With prices of the remaining 500Ks pushing over eight-figures in price, it is our opinion that this is a fantastic entry into the automobile collecting elite.” 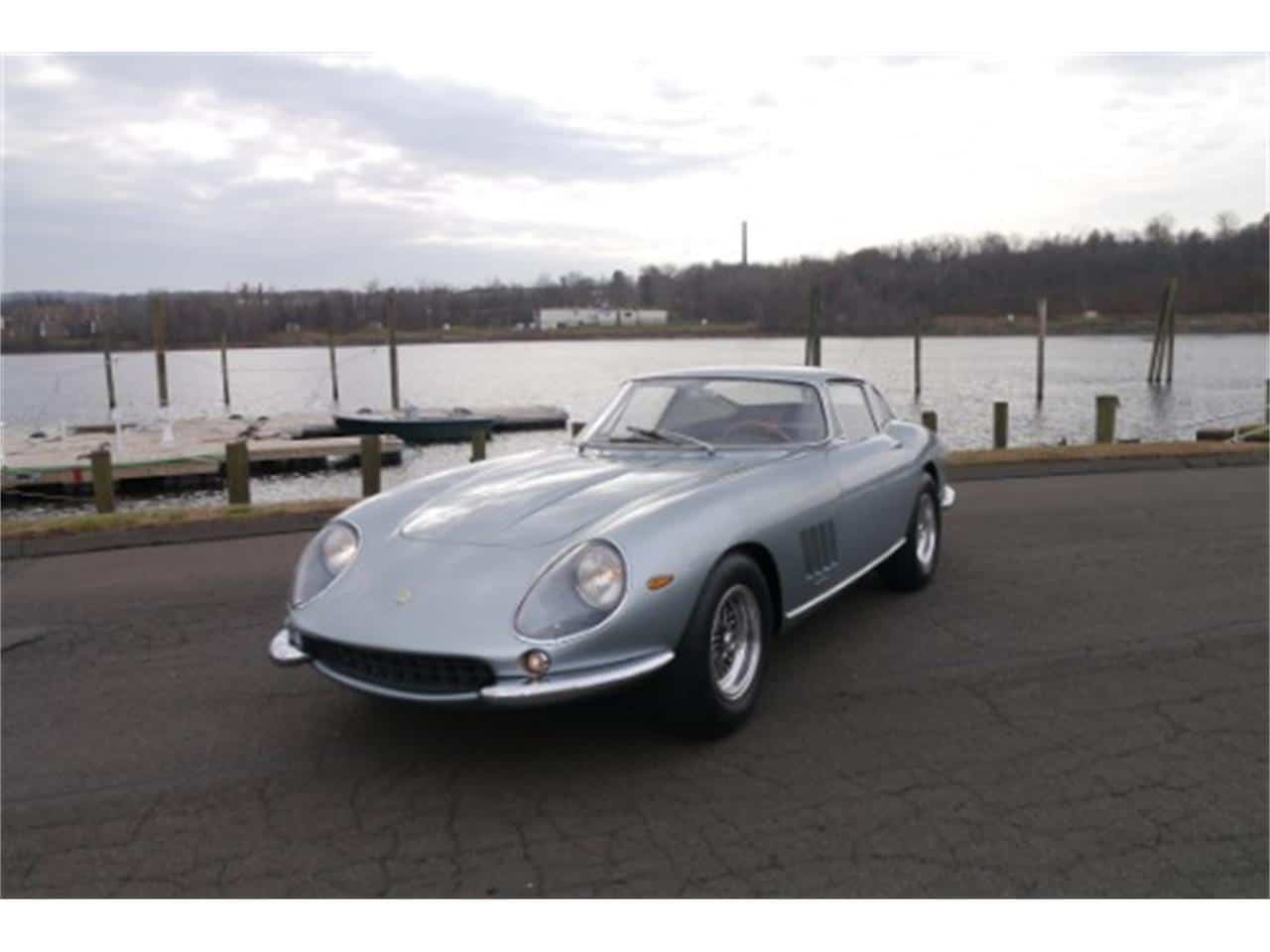 The sounds. The legend. The Prancing Horse. What a car! ‘nuff said…

The seller says, “This iconic motorcar drives superb and makes all the right sounds. As captivating to drive as it is to behold, the 275 GTB/4 is truly one of the greatest grand touring Berlinettas ever built. It stirs the soul not only with its stunning design but also with its fabulous V12 engine. The 275 GTB/4 is among the most desirable of the road-going Ferraris. Among the most iconic Ferraris of all time, one of only 330 examples, matching-numbers engine, offered with books and tools documented by Ferrari historian Marcel Massini.”