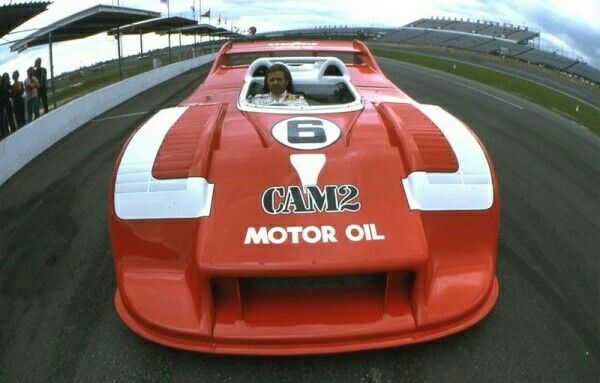 It was August 9, 1975. No one knew, but Mark Donohue had just 10 days to live. However, like most race drivers in the various top racing series around the world, he had lived an outright lot of life. Engineer, driver and now team manager for Penske, he registered one last accomplishment before meeting his maker: Setting a world-record close-course average lap speed of 221.160.

Donohue would die from a brain hemorrhage on August 19, 1975, resulting from an accident two days earlier during practice for the Austrian Grand Prix. Donohue had stepped out of driving retirement and into a Penske PC1 High Airbox Formula One car. Highly developed skills, with a proven team behind him, could not stop his appointment with destiny.

But this video is one of triumph, not tragedy. IndyCar and NASCAR were both posting 200 mph laps. On March 24, 1970, Buddy Baker drove a Dodge Daytona for a tire test at Talladega Superspeedway. Baker became the first driver to break the 200-mph barrier on a closed circuit with his fastest lap on the 2.66-mile oval at 200.447 mph.

IndyCar driver Jerry Grant broke the barrier at Ontario Motor Speedway in September 1972 with a lap of 201.4. Teammate Bobby Unser would raise the bar the next day with a lap of 201.9. By 1975, IndyCars were running the 210-plus range regularly in qualifying.

Needless to say, like the Space Race of the same era, tire companies and manufacturers geared up for breaking the closed course record and raising the bar. Penske was at the forefront. “Captain Nice,” as the amiable Donohue was known, was very focused on collecting this record. But long hours and stress had also taken a toll as a new nickname was derived: “Dark Monohue.”

This specially prepared Porsche 917-30, a car developed from the dominant 1973 Can-Am car, was up to the task – and no doubt Donohue, a world-class winning driver made for Kismet. The lap record of 221.160 would not be broken until 11 years later by Rick Mears at Michigan International.