From the time I was a child, a stage my ex-wife will tell you I never outgrew, I got to see, and truly appreciate many types of racing. One that was particularly fun to watch was SCCA Showroom Stock C from 1979-1981. It featured Volkswagen Rabbits, and later those were succeeded by Mazda Miatas and Dodge Neons.

There was banging and bumping, and door handle-to-door handle racing as those “waskily wabbits” went around corners on three wheels. Popular in Europe for half a decade prior, and known there as the “Golf,” the Rabbit, as it was marketed in the US, would become the weekend warrior’s opportunity to go racing with plenty of excitement — and without a lot of cost, well, except for the post-race bodywork.

Forty-some years later, I’ve the opportunity to spend a week with the 2020 Volkswagen Golf GTi S and it put a smile on my face just like when I was a kid watching those showroom stock races.

Inspired by those races, I even got a chance to put the car through its paces in the Phoenix-area mountains and on the West Course at the Bondurant School of High Performance Driving at Wild Horse Pass.

It’s easy to say this car would blow the doors off those late ‘70s hatchbacks for sure.

Front-wheel drive is never my first choice for spirited driving. The dynamic is much different. With rear wheel drive, the car can oversteer nicely through corners — think drifting with no tire smoke.

That said, even running an errand to the corner store in the GTi, the temptation to slice through the six-speed manual gearbox, late-brake and apex the corners in the office park on my way, was overwhelming.

The 2.0-liter turbocharged DOHC, 228 horsepower four-cylinder engine in the GTi S has a lot of pep. The electromechanical steering feels light — that is until you switch from normal to sport mode. Then the car becomes even more settled and the steering feedback becomes heavier.

For the budding family, as a grocery getter and daily commuter, there is plenty of room for the kids in the back and Mom and Dad up front. Because it is a four-door hatchback with rear folding seats, it certainly can do light duty for hauling a myriad of things and is accessible for passengers. Even so, with the rear seats up, there is decent storage. It gets 32 mpg on the highway which also makes it nice for weekend jaunts.

But at its core, this is a responsive car that can get out of its own way, which is also very important with a young family on the road. 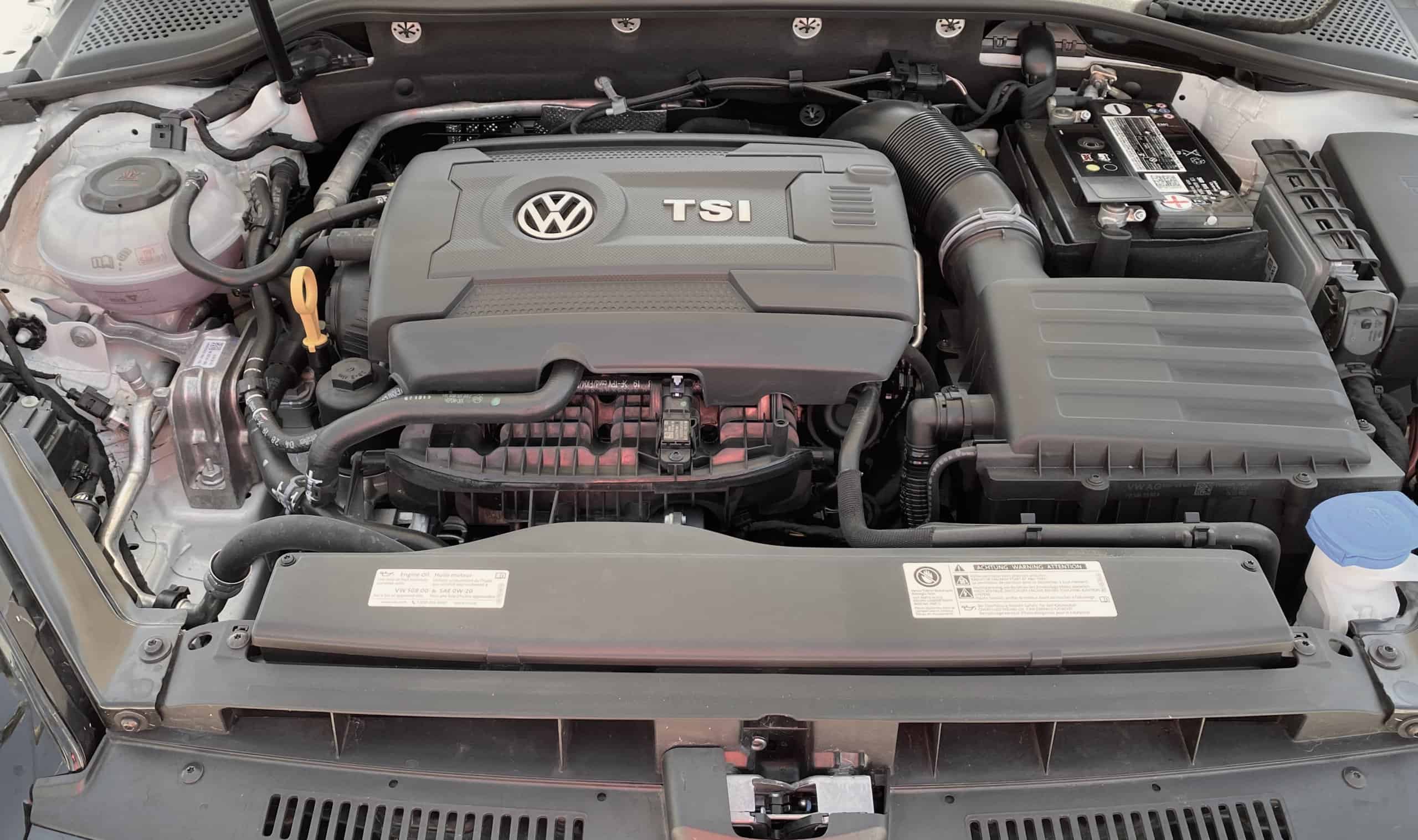 The interior is well laid out and my tester featured attractive “Clark Plaid” cloth seats – something I always liked on German cars. Porsche also has had options like this. The shifter knob, which looked like a golf ball, was a subtle, yet cool touch. 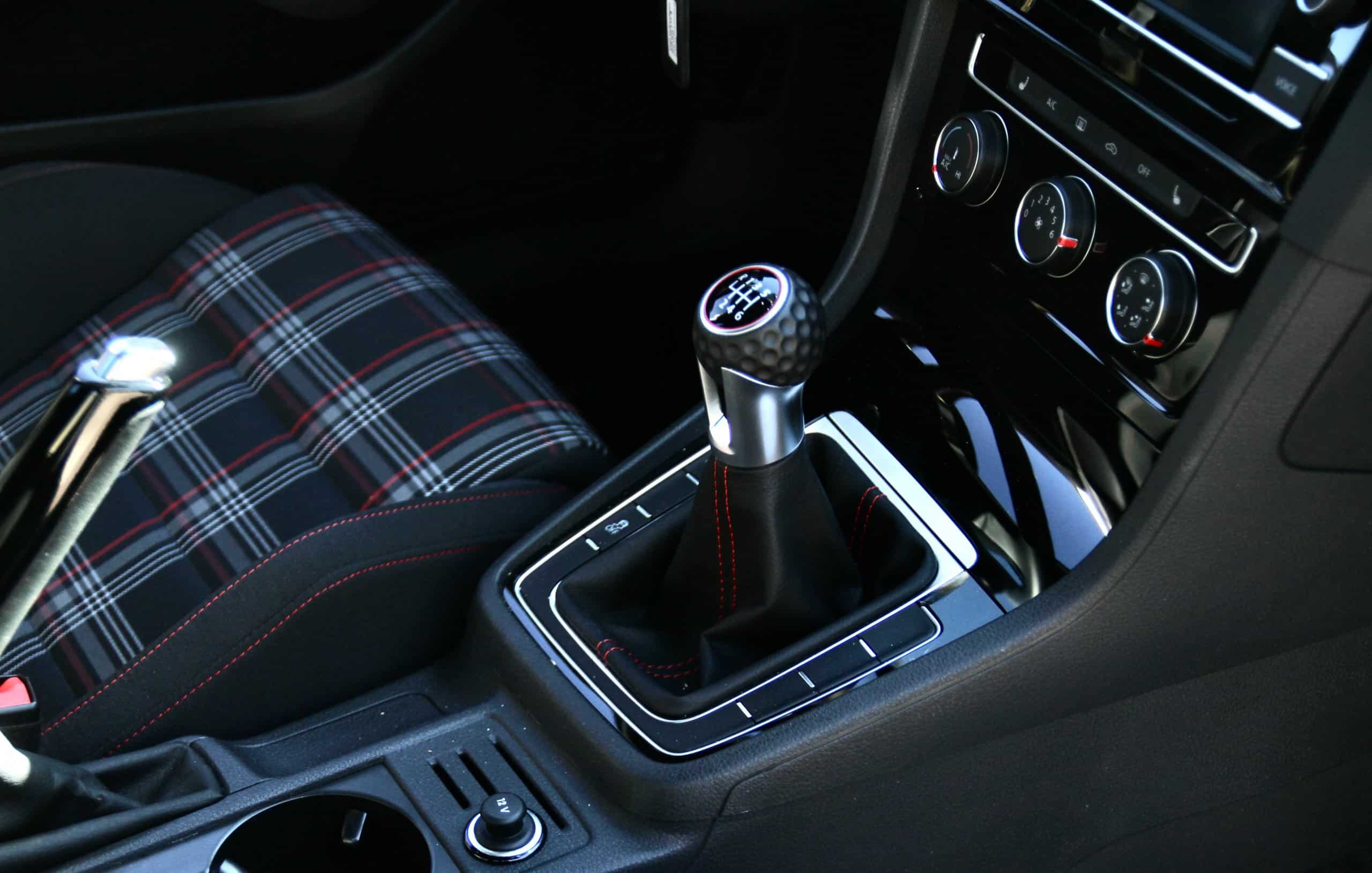 For what is essentially a compact, this car feels more like a midsize with decent legroom in the back and a roomy cockpit. The seats are comfortable and the six-way adjustability, along with a telescoping steering wheel, can be configured to very good driving positions. The 6-airbag and Intelligent Crash Response systems has given this car a government five-star safety rating.

OK, that’s nice. Drop the wife and kids off and go be “boy racer” for a bit. It was time to see what all these years of development can do. To say the least, it was impressive. 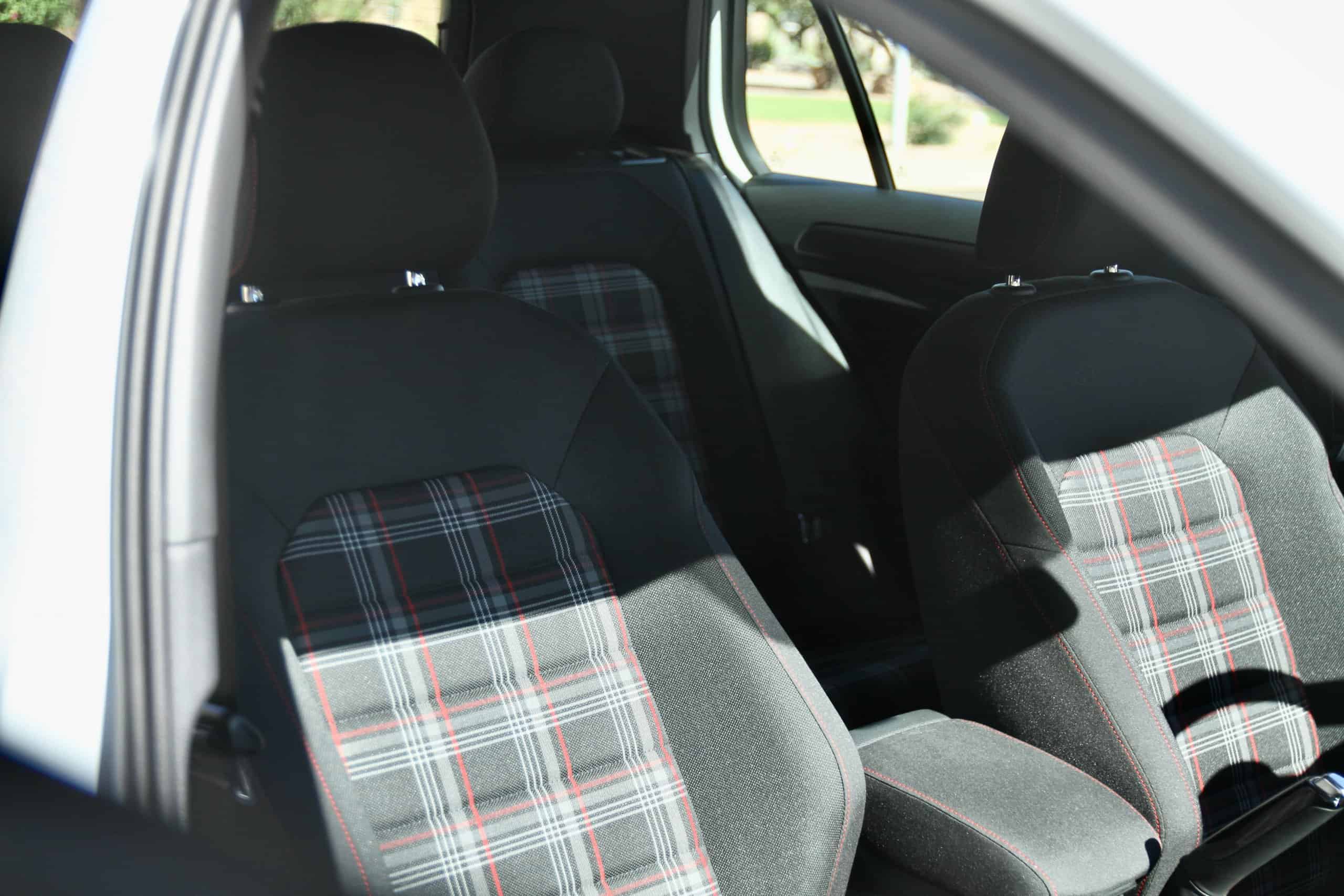 Over at Bondurant on the 15-corner, 1.5-mile track, the Golf GTi was in its element. The stability and balance of the car would give any novice driver confidence. Being front-wheel drive, the car tends to understeer under acceleration through a tight decreasing radius corner, but in my experience, nothing that would be considered hazardous – just a bit of “FWD push.” 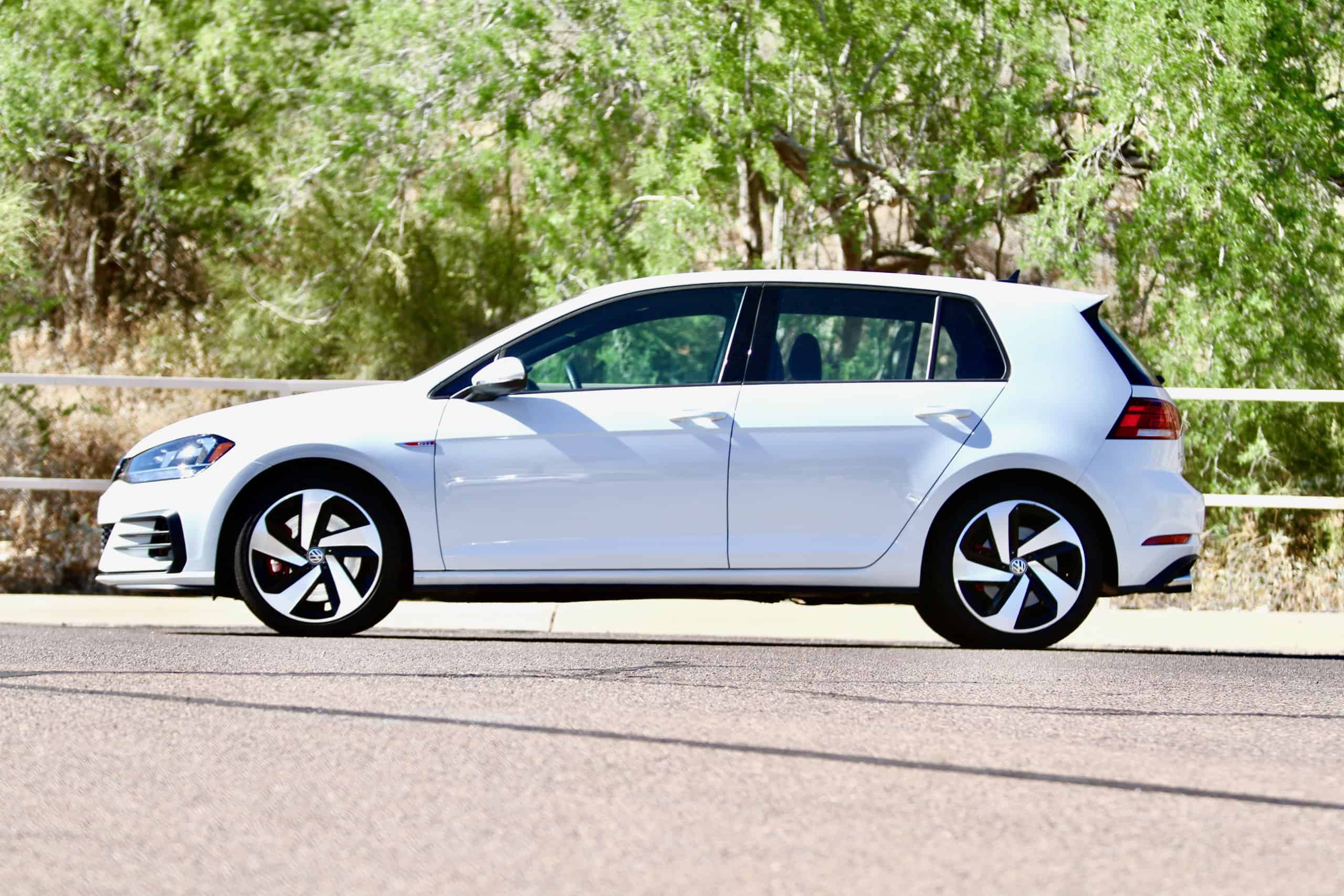 This V-Dub is a very nice handling car. While I like to feel the car, it should be noted that I don’t drive test cars any more than 70%, so I was not setting any lap records. But I can tell you, as stable and easy as this car is to drive, it would be a fun for an outing to the SCCA Track Night in America or a NASA HPDE event.

It went where I pointed it on the sporty, tight circuit. On the exit of the tight left hander that leads to the back straight, it was easy to brake and turn in late without shaving too much momentum as it hustled up the quarter-mile straight with very nice, instant acceleration up to the next 90 degree left hander. The big vented brakes were perfect for “throwing out the anchor” The car was just plain fun!

Overall, I found the 2020 VW Golf GTi to be as practical as it was fun. It really did bring back some happy childhood memories.

His students are Bob Bondurant’s legacy

Pick of the Day: Bondurant-built and ready for the track