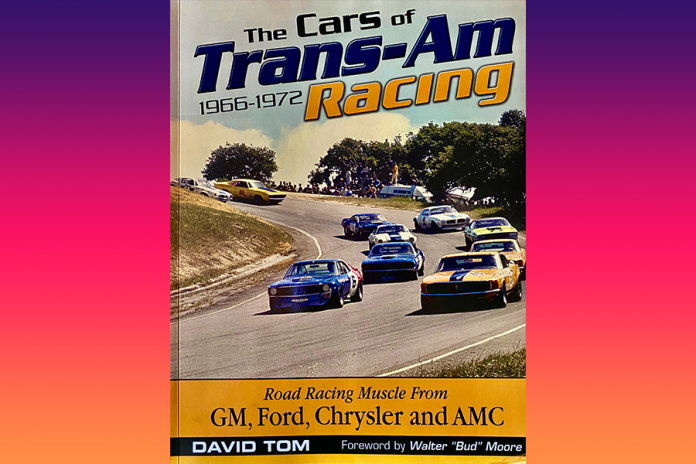 Oh, the mighty Trans-Am series. An all-out war of the factory pony cars from GM, Ford, Chrysler and AMC. Next to Can-Am in the 1966-1972 era, this was equally amazing racing. Ground pounding excitement, some of the greatest drivers of the day and tremendous advances in finding “the Unfair Advantage.” Some might say that this is one of the greatest periods in motorsport, and they are right.

David Tom’s book, The Cars of Trans Am Racing 1966-1972, chronicles the cars and stars who made this series what it was. Consider that the buzz phrase for automakers at that time was “win on Sunday, sell on Monday.” That was a mantra for all the OEMs, who recruited some of the best teams and drivers of the era to put their machinery at the front as young baby boomers raced to the dealerships to buy those muscle car offerings.

To get the first edition of this book in hardcover, the reader could expect to pay between $200-$600 for a copy. Thank goodness for the rest of us, this second edition is now in paperback at just $39.95! 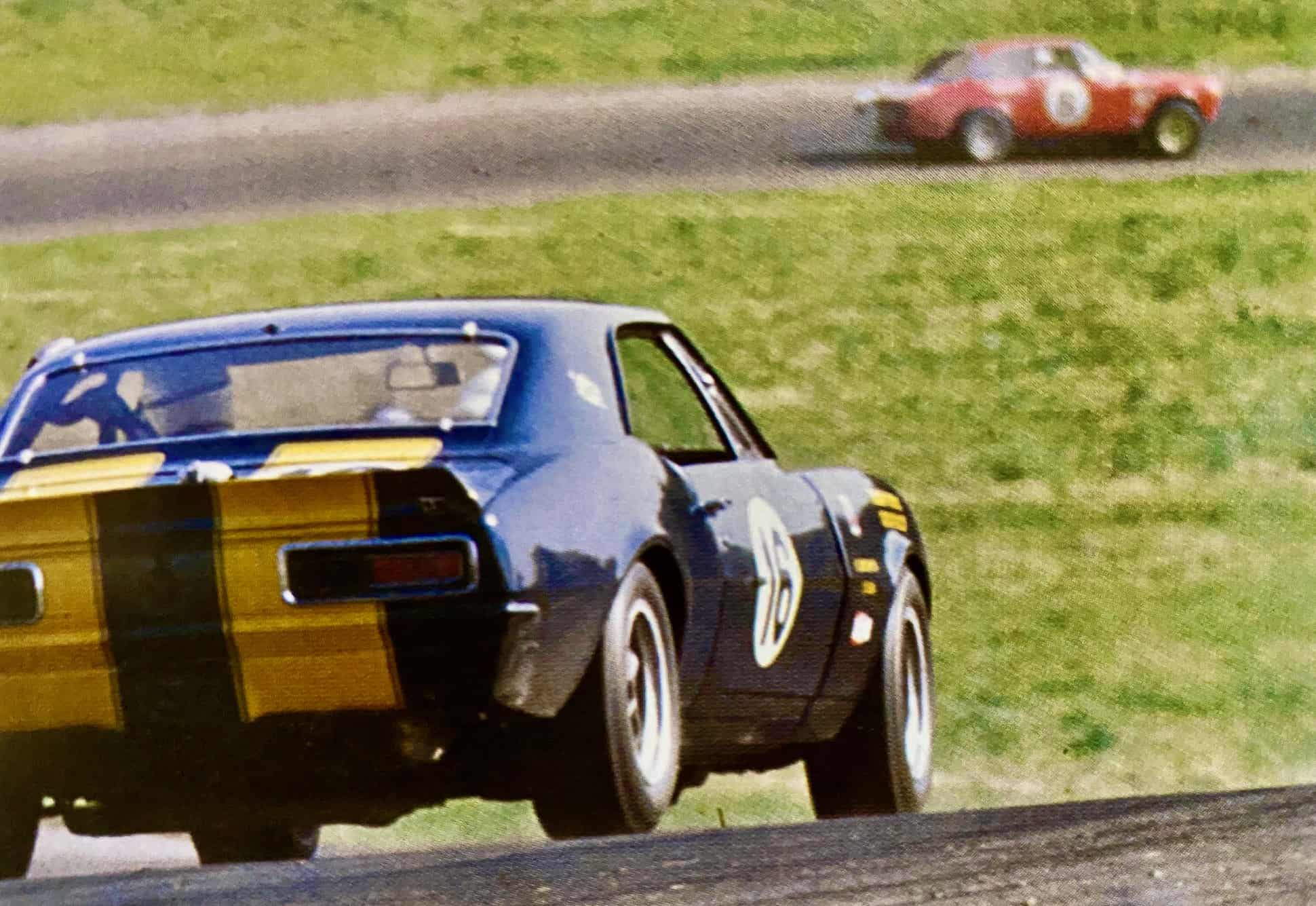 The author is a historian and an active collector, registrar, restorer and participant in the Historic Trans-Am series. He has owned some of the most notable cars from the era, including a Penske Camaro, a Smokey Yunick Camaro and Jim Hall/Chaparral Camaro. The Historic Trans-Am series was the featured showcase race during the 2018 Long Beach Grand Prix weekend and runs in numerous high-profile historic races across the country – always a great show!

But back to the era cars, such as the Roger Penske/Mark Donohue acid-dipped Camaros that needed landau tops to keep the roofs from buckling. Jerry Titus, “Mr. Trans-Am,” who powered Ford Mustangs to two championships before meeting a tragic end at Road America in 1970 driving a Pontiac Firebird. The controversial switch of Penske to AMC, which produced championships for the fourth OEM. It was an exciting time in motorsport all over the world, speed was paramount, and safety was an afterthought.

On any given race weekend, it was typical to see Camaros, Mustangs, Barracudas, Challengers, Firebirds, Cougars and Javelins chasing large purses, piloted by Parnelli Jones, George Follmer, Horst Kwech, Sam Posey, Jim Hall, Mark Donohue, Dan Gurney, Swede Savage, Ron Grable, Peter Revson – just to name a few. The Cars of Trans Am Racing 1966-1972 beautifully illustrates the men and machines and tells their stories in a way that precludes putting this book away.

The book’s forward is by Trans-Am and NASCAR builder Bud Moore, who at the time was hand-picked by the Lincoln-Mercury Division to head up the Trans-Am effort with the Cougar. He had already proved himself a winner in NASCAR by giving the FMC division two victories with the Mercury Comet. His story alone is worth the price of admission.

Given David Tom’s long history and expertise, anyone who is interested in this era needs this book on the shelf. I devoured it! This copy certainly has been added to my period “go-to” books for fact checking. Bravo, Mr. Tom, your book got me as fired up as walking through the Trans-Am paddock at Monterey.