The globally-ranked golfer has a taste for rare Ferraris

Many find golf to be a relaxing game. But if you are a pro golfer with $40 million in career earnings, what do you do for relaxation? For Ian Poulter, it’s collecting automobiles. In his Orlando, Florida, home the British Ryder Cup champion and three-time PGA Tour winner has in  his collection 2 LaFerraris, an Enzo, a Ford GT, a Bugatti Veyron and a fully restored 1967 Ferrari 275 GTB-4, just to name a few. 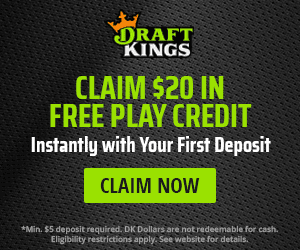 Poulter has always loved cars – particularly Ferraris. His passion goes almost as far back as his golf swing, which started at age 4, when his father gave him a cut down 3-wood. After years of practice and amateur successes, Poulter found himself as a country club teaching pro, but then decided to try to make his way on the European Tour.

From there, Poulter joined the PGA Tour in the United States – after a victory with the European team in the Ryder Cup – and has posted three victories and many top-10 finishes. His earnings from the PGA Tour alone are more than $23 million.

A video produced by well-known car guy YouTuber “Shmee” provides a cool tour of Poulter’s garage. The champion golfer told Shmee during the walkaround, “I was always a car man and I said to myself, ‘When I win my first tournament, I need to buy a Ferrari.’ I won the Italian Open, but the check wasn’t big enough, I won another tournament and that check wasn’t big enough. So when I won my third tournament, which was the Italian Open again, I knew it was time. So I bought myself a 360, and from that moment that love affair has grown.”

The garage itself is muraled in Ferrari history, Enzo Ferrari himself seems to watch over the collection from the wall. Other interesting cars include an F40, a 550 Barchetta, an ’80s Testarossa, and a 255 GTB.

When Poulter isn’t striking the ball, he is spending time with his wife and 4 children. Needless to say, he admits on camera that he does not get to drive his cars very often. Needless to say, the values of these cars continue to rise – as does his global ranking in the royal and ancient sport.