Sunday Feature Film: The Fast and the Furious

Not the famed 2000s franchise, but the 1955 Roger Corman action drama -- but also with cool cars 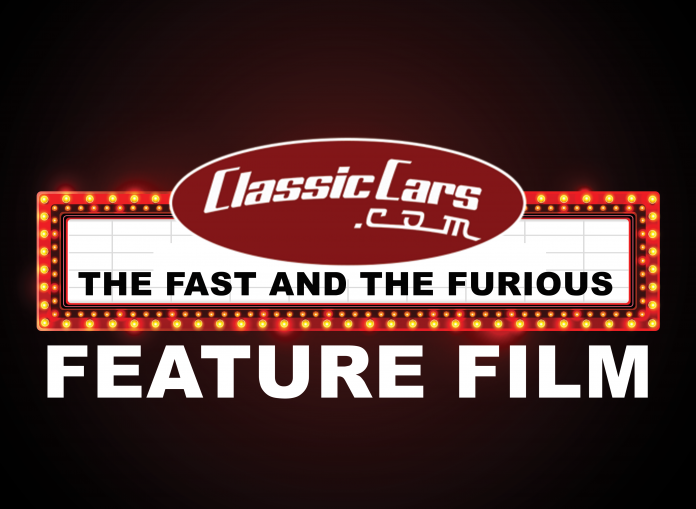 Roger Corman is known as the “King of the B-Movies.” While many of his hundreds of films were inspired by Edgar Allan Poe and other tales of terror, several of his films surrounded racing and cars. Certainly the franchise, which took the name from this film, is much better known to the younger generation. However, this is also an action adventure chok-full of Jaguar XK120s!

Fortunate was I to sit with the legend at the Chateau Marmont in Los Angeles, CA during a wrap party for the Ron Howard film RUSH. As it turns out, Mr. Corman was a mentor in filmmaking to Ron Howard. Roger was very kind and engaging as we spoke about his filmography. Naturally the conversation moved to cars as we spoke about the various Deathrace films and a few others involving real racing.

Inspired by this memory, ClassicCars.com presents Roger Corman’s The Fast and the Furious.

The Plot (from Wikipedia): Charged with a murder he did not commit, truck driver Frank Webster (John Ireland) has broken out of jail. While on the run, and the subject of radio news reports, he is cornered in a small coffee shop by a zealous citizen who is suspicious of the stranger. Frank manages to escape and, as he gets away, kidnaps a young woman named Connie (Dorothy Malone).

Frank drives off with Connie in her Jaguar sports car. She soon proves a difficult hostage, trying to escape a few times, which leads him to treat her more roughly than they both would prefer. This mutual struggle soon leads the two to fall in love.

Continuing to elude police, the couple slips into a cross-border sports car race, which Frank plans to use to his advantage to escape into Mexico. Faber (Bruce Carlisle), one of Connie’s friends, is wary of the new stranger driving her car and tries to learn more about Frank.

During the race, Frank abandons his chance to escape when he chooses to aid Faber who has crashed. Out of sympathy for Frank and a desire to be with him, Connie informs the police of his plan to reach Mexico so he might face trial and be acquitted. At the last moment, Frank also decides it is better to turn himself in and somehow find a future with Connie. The race ends with his imminent capture by the police.