Can a cult following parlay into a sustainable business model?

Modern culture has its single name monikers that virtually everyone knows or prompts a specific reaction when it is seen or heard. Madonna, Cher, Pele’, Elvis, Petty, Shelby, Leno. They all elicit thoughts about their place in our collective psyche, some good and some maybe not so much.

In the world of cars, enthusiasts recognize lots of single names and can click off backgrounds, contributions, personalities and general respectability (or lack thereof). A name like Ford covers an enormous range of history and provides plenty of discussion when asked what that four-letter word gives us when we hear it.

How about DeLorean? General Motors engineering whiz kid. The GTO. Jetsetter. Risk taker. Stainless steel. Wait…stainless steel? It’s doubtful any of us that experienced the early 1980s will ever forget the vaunted DeLorean, made famous by its namesake developer, John DeLorean, and Dr. Emmitt Brown, the fictional eccentric scientist who created the 88-mile-per-hour time machine in Universal Pictures 1985 epic sci-fi movie, Back to the Future. 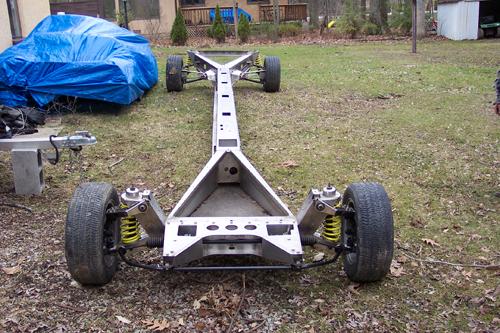 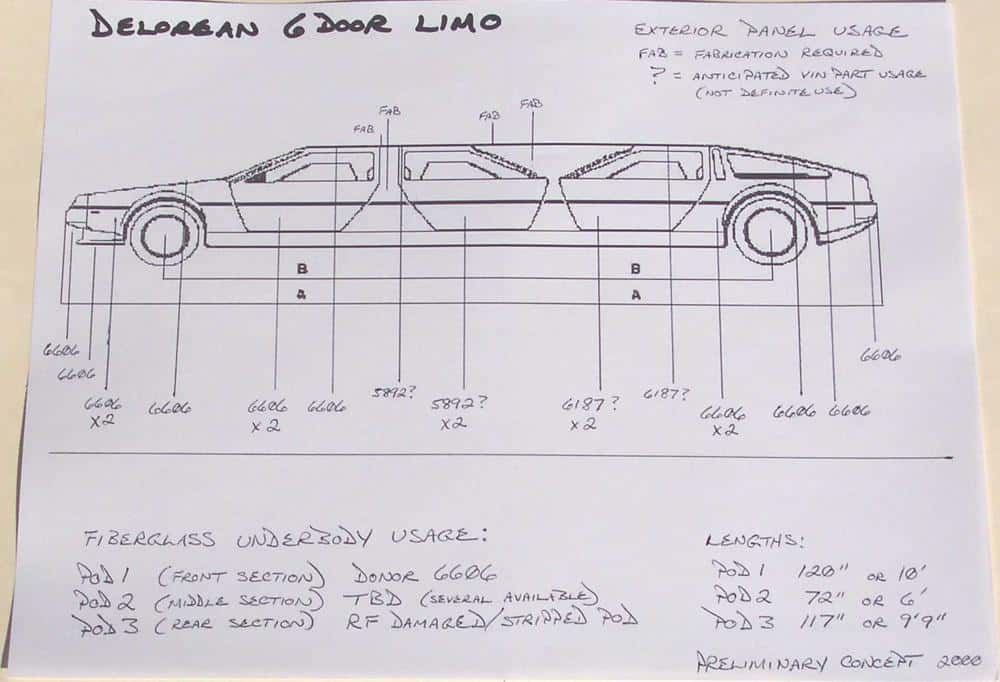 John DeLorean’s life story provides enough creative fodder for any movie that might include the harried world of automobile development, but the car, the stainless steel gull-winged door dream sports machine DeLorean spent nearly a decade creating, still garners intrigue and mystery when one might be spotted at a car gathering or in a Walmart parking lot. With 9,000 total cars produced, you’ll probably see one somewhere at least one time if you’re any sort of a car person at all.

Flawed as the car may have been during it’s 1981-1982 production run, before being shut down and having its Dunmurry, Northern Ireland manufacturing plant seized by the British government, enthusiasts still remain, nearly 30 years after the last DeLorean was produced.

Just take a look at Chicago, Illinois devotee Rich Weissensel, a computer software engineer, who decided 20 years ago to take the DMC-12 DeLorean to places Mr. DeLorean never could have imagined and it began with Weissensel’s own fascination with the x-wing Starfighters that played a role in the 1977 release of Star Wars. He says the sci-fi fantasy fighters looked vaguely like a gull-winged concept car he had seen in a recent car magazine and he never forgot it.

A few years later, after getting his driver’s license, the DeLorean made its entrance into the automotive world and he admits to be transfixed, even taking weekend drives to an Illinois DeLorean dealer to gaze at the inventory sitting on the lot.

Weissensel, like many enthusiasts, says his car mania began with childhood model building, admitting to doing mashups of various cars to see what he might create from standard vehicles. But the DeLorean fixation wasn’t going away and in 1985 he purchased one. The die was cast.

From that point on he was hooked on taking a DeLorean to levels of customization no one else was attempting. And when the Back to the Future epic was released, he knew he was destined to make DeLoreans a big part of his automotive hobby.

But you may think this need to hot rod DeLoreans was sacrilege. Weissensel knew taking fully functioning cars was not going to make many people very happy, including John DeLorean himself. In 2000 he managed to meet the DeLorean namesake at a national DeLorean convention, and he mentioned he was thinking about creating some DeLorean “variations”. Much to his surprise, DeLorean told him to go for it and that resulted in Weissenel’s creations and a collection of damaged vehicles that have provided the raw materials for a DeLorean monster truck (christened D-Rex), a 6-door stretch limo, convertible, hovercraft, and, of course, a replica of Doc Brown’s time machine traveling DeLorean.

As a software engineer Weisensel has a life career pushing technology to its future limits, but his hobby is one where he truly gets to be creative with something iconic. Stephen Wynne, however, has very different ideas for the DeLorean.

A native of Liverpool, England, Wynne moved to the U.S. in 1980 and opened a repair shop in California that specialized in both English and French brands. Something he noticed right away was no one wanted to have anything to do with maintaining or repairing DeLoreans. The car had some specific needs that had to be learned and Wynne was one of the few who made the effort to put the knowledge base together. His past association with repair of Lotus vehicles set the stage for him to take on the DeLorean because much of the preproduction and development of the car had been done by Lotus and the car’s engine/transmission was built by Renault.

With that knowledge Wynne quit working on all other makes and focused exclusively on DeLoreans when the company ceased production in 1983. With no factory support Wynne took on the task of figuring out how best to not only service, but create a parts source for those 9,200 cars that were eventually produced.

When the company folded, Consolidated International bought DMC’s assets including a stockpile of parts to build nearly 30,000 cars and placed them in a warehouse in Columbus, Ohio. Wynne began buying parts from them as his DeLorean business grew and in 1997 put together a deal to purchase the entire inventory and move it to a facility he built in Humble, Texas which is just outside Houston. He had been working on buying all the trademarks related to the DeLorean Motor Company with the intention of organizing a new company devoted to the DeLorean brand.

Some 85 semi-truck loads of parts moved from Ohio to Texas at the new headquarters where the now nearly 40-year-old parts are carefully cataloged and made available for repairs and restoration. Over 2600 parts go into the making of a DeLorean and Wynne has every one of them including engines and original tires which have lived long past their use for on the road travel. The company operates restoration shops in Texas and three other states, Florida, California and Illinois. A typical restoration can cost upwards of $50,000 depending on what the car needs to be brought back to factory specs.

While Wynne has been focused on restoring and repairing, he has also been preparing for his biggest gamble yet. Building “new” DeLoreans using his parts inventory and extensive knowledge of how the car was designed and built.

Probably the most crucial elements Wynne was able to acquire were all the original specs, supplier drawings and blueprints for every one of those 2600+ parts. Even with many of those suppliers now defunct, he could reproduce each part exactly as designed. For Wynne, the next step just seems natural and logical. Why not produce the car, but bring it up to contemporary standards and improve on its many flaws and substandard components like the drivetrain which he sees as a huge improvement?

The DeLorean’s 130 hp engine would be replaced by a 300+ hp powerplant and safety features like airbags, which weren’t required in 1982. But there’s a catch. Wynne can’t build the cars without government approval. In 2015 Congress passed what was called the FAST Act (Fixing America’s Surface Transportation) which includes provisions that let “low volume manufacturers” to produce up to 325 replica cars a year without having to be subject to current safety and production standards.

DeLorean Motor Company (DMC) originally planned to start selling cars back in 2016 under the Low Volume Motor Vehicle Manufacturers Act (the FAST Act provision), but political issues and slow action from the National Highway Traffic Safety Administration (NHTSA) has stalled implementing the legislation. A lawsuit SEMA (Specialty Equipment Manufacturers Association) and pressure from the industry has begun to get the government up to speed.

Wynne began taking reservations for the replica DMC-12 a few years ago and has reported that he has about 5,000 people who want one. At 325 cars per year it might be some time before many of those people will be able to drive down the road and experience the waves and thumbs up of all those who remember that car that took Marty McFly back to the future.

Jim Volgarino
At age 12, Jim Volgarino peeked under the hood of his grandfather’s 1957 Oldsmobile and saw a Rocket 88 for the first time. He was hooked. Following stints in the Air Force, the newspaper business, the printing business, and the teaching business he’s finally settled into his first love… automotive writing. He’s covered everything from Bonneville Speed Week to the Lambrecht Chevrolet auction in Pierce, Nebraska, from his home in Cedar Falls, Iowa. He’s owned pretty much anything and everything with a motor and wheels. Currently, he’s restoring a 1964 Chevrolet Impala SS 409.